CD Review: Mitch Ryder Makes "The Promise" For His Fans 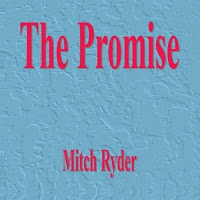 The legendary Mitch Ryder began his career half-a-century ago with the 1962 single “That’s The Way It’s Gonna Be.” In the late 60’s, Mitch Ryder and his band The Detroit Wheels hit the Top 10 with the songs “Devil With A Blue Dress” and “Sock It To Me-Baby!” Mitch Ryder is ready to release a new album entitled “The Promise.” It will be Ryder’s first new album in 30 years to appear in the U.S.

Right from the opening track, “Thank You Mama” there is not doubts that Ryder knows how to turn up the funk. The new album contains 11 original songs that capture Ryder’s unique combination of funk, blues and rock. Ryder gets his bass groove going with the title track before heading down south with the Latin sounds of “Let’s Keep Dancing.” Ryder pours his heart and soul in to the ballad “Crazy Beautiful,” then rocks on the guitar driven “Get Real.” The album contains one cover song, a live version of the Jimmy Ruffin classic “What Becomes Of The Broken Hearted,” before the album finishes with the politically charged “The Way We Were.”

Mitch Ryder’s new album, “The Promise” was produced by Don Was and be released in February. Mitch Ryder will be performing in Germany thru mid-March, but look for him to hit U.S. shores soon. For more information, please visit mitchryder.net.
Posted by JP's Music Blog