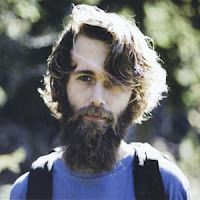 From Austin, TX comes singer/songwriter Jack Wilson with his self-titled, debut album. This album is set-out to bridge the gap between the Americana-country appeal of Austin and the folk-rock of Seattle (where his musical career began). Plus, the stories in his songs are sure to take you on a wonderful journey.

The album starts out slow with “Valhalla” as you instantly notice the comforting tone of Wilson’s voice. At times, he dips into the pool of country with “Clean,” then comes out of that pool to dry-off with the folk-rock of “Paying For Misery (Thanks To You).” His storied lyrics and Rick Danko-type vocals make songs like “Black Hills Fiction,” “The Watchers” and “Fell Inside” sound like outtakes from The Band’s early days. The album closes with the gentleness of “The Truth,” as you can feel Jack Wilson pour his heart into his music.

Jack Wilson’s album is being released on March 6 through Fluff & Gravy Records. He also has a couple of dates scheduled in the Austin, TX area before heading up to Portland, OR in May. For more information on this rising singer, check out his website at jack-wilson.com.
Posted by JP's Music Blog