CD Review: Lost In The Trees Welcomes You To "The Church" 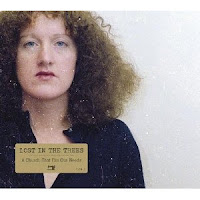 From North Carolina comes the folk-rock band Lost In The Trees with their sophomore album “The Church That Fits Our Needs.” The album was released back in March on Trekky Records and combines the worlds of folk with pieces of orchestration.

The band uses simple beats in order to make their vocals and instrumentation more noticeable as in the opener “Neither Here Nor There.” The album’s first single, “Red” has a more pop approach to their sound, but their music shines on the more delicate sounds of “Golden Eyelids” and “Icy River.” The band’s orchestration plays a big part in “Tall Ceilings” and in “Villain (I’ll Stick Around)” as those songs become a grander piece of music then some of their simpler songs like the album closer “Vines.”

Lost In The Trees has one live show scheduled for April 20 in their home state of North Carolina. For more information on their new album, “The Church That Fits Our Needs,” please visit http://lostinthetrees.tumblr.com/.
Posted by JP's Music Blog

My cousin suggested I might like this website. He was entirely right. This submit actually designed my day. You can not think about just how a while I had spent for this information! Thanks!