CD Review: The Music On Slim Loris New Album Is Very "Down To Earth" 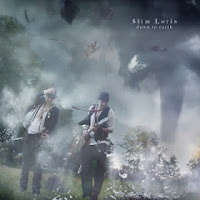 After only a few years together, Swedish indie-folk band Slim Loris released two albums. The first was their self-titled debut album which made very little noise outside of Stockholm, Sweden. Last year, the band released their sophomore album entitled "Down To Earth," and have been receiving positive reviews from all over the world. The new release mixes a sixties pop sound with bits of Americana and alternative rock, with a result that is very addicting.

The up-tempo beginning of the opener "Low" clashes with the mellowness of "Waiting For Something," but bounces back again with the pure folk sounds of "Into The Stillness." The album flows nicely between the fun pop sounds of "Break Even Or Lose" and "Light Come Shining," and the gentle heartfelt ballads of "Ain't Nothing Like It Used To Be" and "At The End Of Our Tears." The album closes with the guitar infused rocker "Useless" and the acoustic jaunt of "She Won't Believe."