Two Of Europe's Newest Pop Artists Arrive On The Scene

European pop music has two rising artists that are looking to make a name for themselves on the charts. 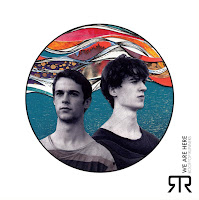 First is the sibling duo known as the Rooftop Runners that expand their pop sensibilities to a more exploratory sound. Their new four-song EP entitled "We Are Here" is beginning to gather new fans. Songs like "Streets" and "Energize" carry a very slow moving, melodic pace that makes their vocals stand our above the music. The moody "Bang Bang" is great seductive, trace-meditation song that could just go on for hours. THe EP closes with "She Devil," the most complete song on the set.

Look for Rooftop Runners to release their full-length debut album later this year. Please visit rooftoprunners.com for more information on this band. 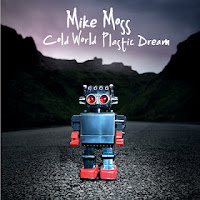 British pop-rock artists Mike Moss released his debut album this past January entitled "Cold World Plastic Dream." At times, his voice sounds like a young Bono as in the album's electronic opening track "It's Time" and the slow building acoustic rock of "Morning Call." The album carries a few highlights, including the heartfelt piano ballads "Only Lies" and "Be The Way." Mike Moss dips back to the eighties with the dance pop sound of "Higher You Climb," before finishing the album with the jazz-flavored "Too Early For This."

For more information on this artist, please check out his website (mikemoss.co.uk).
Posted by JP's Music Blog