The Concord Music Group is once again rolling out three new titles in the Jazz Classics Remasters Series. The new titles are The Bill Evans Trio’s “Moonbeams,” Thelonious Monk’s “Misterioso” and The Quintet (Charlie Parker, Dizzy Gillespie, Bud Powell, Max Roach, and Charles Mingus) “Jazz at Massey Hall.” These new titles were released on May 15 and each title was remastered by Joe Tarantino and features bonus tracks and new liner notes. 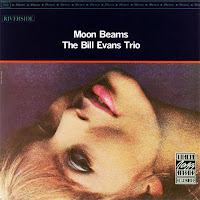 First up is the 1962 Bill Evans Trio classic “Moonbeams.” It features the wonderful ballads from the same sessions that produced Evans’ other album “How My Heart Sings.” Bill Evans’ piano playing is superb on “Polka Dots and Moonbeams” and “Stairway To The Stars." Evans paces the song’s gentle tempo with his piano playing. Evans also attempts a beautiful rendition of Rogers & Hammerstein’s “It Might As Well Be Spring.” As a bonus, the album also contains three earlier takes of the songs “Polka Dots and Moonbeams,” “I Fall In Love Too Easily” and “Very Early.” This album is perfect choice for the Concord Music Group to remaster. It is such a relaxing, wonderful album. 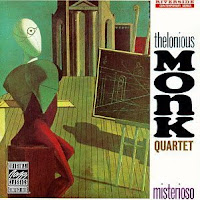 Up next is one of two live albums that have been remastered. This one features the great Thelonious Monk live at the Five Spot Café in New York in 1958. The show was recorded and released under the title “Misterioso.” The band wastes no time with their solos as in “Blues Five Spot.” Monk displays his skills on the piano on his cover of “Just A Gigolo” and on the album closer “Misterioso.” The three bonus songs are some of Monk’s classics including “Evidence” and “’Round Midnight.” The last bonus track is an outstanding medley of “Bye-Ya” and “Epistorphy.” It’s nice to finally have these songs included with the original album. 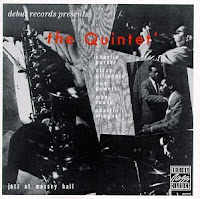 Finally, we have what many consider the “greatest jazz concert ever,” Charlie Parker, Dizzy Gillespie, Bud Powell, Max Roach and Charles Mingus live “at Massey Hall.” This album was recorded at the Massey Hall in Toronto, Canada in 1953 to a less than half full concert hall. The album was originally recorded by Mingus to release on his new record label, Debut. While this may not be as well known as some other live jazz recordings, this is significant because this will be the last time that “bebop” originators Parker and Gillespie will perform together. Only six songs total were performed as the first 3 songs make up the first set which ran almost 25 minutes. After a 45-minute intermission, the band returned with another three songs to wrap up the performance. While this concert was recorded with only one microphone located center stage, after almost 60 years, this album has never sounded better thanks to the remastering of Joe Tarantino.

For more information on these albums and other in the Original Jazz Classics Remasters Series please visit concordmusicgroup.com.
Posted by JP's Music Blog