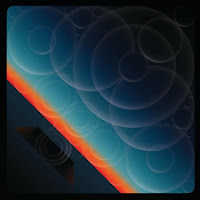 Progressive, art-rock band Mars Volta return with their sixth album entitled “Noctourniquet.” It was produced by guitarist Omar Rodriguez-Lopez and it's the first album to feature new drummer Deantoni Parks. The new release is considered a concept album according to singer Cedric Bixler Zavala. He stated "It's about embracing life for what it should be. There's a view of the elitist lifestyle - that being an artist is unattainable. I'm trying to write this story that reminds people that we're all artists.”

The album begins with a guitar-driven, fuzzed blast of “The Whip Hand.” Zavala’s vocals have never sounded better as he flexes his pipes on “Aegis.” The band show their diversity with the quiet, mellow “Empty Vessels Make The Loudest Sound” and their electronic, keyboard-filled “Lapochka” and “Imago.” Mars Volta are at their best when they combine their electronics with loud rock guitars and drums as in the album’s first single “The Makin’ Jewel” and “Molochwalker.” The band turns on their progressive charm with the album closers “Noctourniquet” and “Zed and Two Naughts.”

The album debuted at #15 on the Billboard album chart upon its release back in March and has received very positive reviews. Mars Volta will be performing over in Europe from the beginning of June until mid-July. For a complete list of tour dates and more information on the new album, be sure to visit themarsvolta.com.
Posted by JP's Music Blog