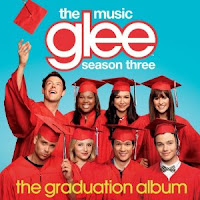 The Fox show “Glee” has become a musical enterprise, releasing over dozen soundtrack albums in three years. Their latest features the Season 3 finale entitled, “The Graduation Album.” Almost every song on the new release deals with the subject of closing out one chapter in your life and beginning another.

The thirteen song album features the cast of “Glee” covering many of today’s pop hits including songs from Jason Mraz and Beyonce. Their version of Fun’s “We Are Young” doesn't pack as much of a punch as the original, while Lady Gaga’s “Edge Of Glory” seems like the perfect selection. The cast also tackles some classic rock songs like Queen’s “We Are The Champions” and Alice Cooper’s “School’s Out,” to which they do a stellar job. They put their own spin on Bob Dylan’s “Forever Young” before finishing with an identical copy of Green Day’s “Good Riddance.”

This album was released on May 15 through Columbia Records and is sure to be the soundtrack to many graduations this spring. For more information, check out the “Glee” facebook page at facebook.com/glee. 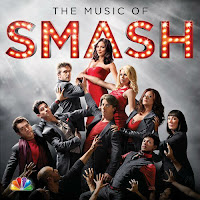 Most of the music on this soundtrack is a cross between Broadway productions ("Stand") and modernized pop standards (“Haven’t Me You Yet"). Also included is the dance pop single “Touch Me” featuring McPhee on lead vocals. McPhee also takes on Christina Aguilera’s “Beautiful” with precise passion. The cast also performs period pieces like “The 20th Century Fox Mambo” and “History Is Made At Night” to give the show’s music more meaning and depth beyond the pop music of today.

So, while we wait for next season of “Smash” to come, we can relive the episodes with the soundtrack that captures the show’s meaning so well. For more information, please visit nbc.com/smash.