CD Review: The Kinected Become Part Of The "Evolution" 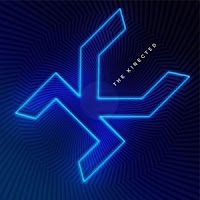 From Florida comes the debut album, “Evolution #9” from The Kinected. The album was released back in February through New Ocean Media and their music combines electronics of keyboards and synthesizers with a funk, pop-rock backbeat with smooth, catchy lyrics.

The album begins with “Hymnotize” which combines all the elements described above to create a modern pop music hit. Their music is geared for the dance floor just as much as it would appear on rock radio. The songs “Headgame” and “Money” rely heavily on keyboards and dance beats, while the band try to expand their sound on “Fly” and the Maroon 5 sounding “Feels Too Good.” The album closes with “Pressure” which carries a darker tone to the song with an industrial rock backdrop and “Victim of Circumstance,” which is the heaviest rocker on the album.

The band is currently touring around their home state with a shows at Palm Beach Gardens and Delray Beach. Tour dates are lined up through mid-July. For a complete list, please visit their website at thekinected.com.
Posted by JP's Music Blog