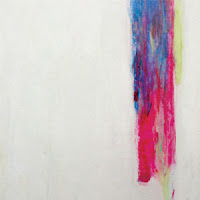 Alternative/experimental rock band Dot Hacker recently released their debut album entitled “Inhibition.” The album was recorded back in 2009, but was delayed because of singer/guitarist Josh Klinghoffer’s new commitment to his other band, the Red Hot Chili Peppers. The album was released back in May on the ORG Music label and features Klinghoffer and his bandmates mixing all their experiences into this one album.

Beginning with “Order/Disorder” we get a taste of Klinghoffer’s vocals and guitars on this safe, alternative rocker as drummer Eric Gardner and bassist Jonathan Hischke keep a steady groove. The band begins to experiment on “Idleidolidyl” as Clint Walsh handles duties on the synthesizer. The band relaxes on the mind-expanding$sound of “Eye Opener,” before adding a dance beat to “Discotheque” and “Be Leaving.” The space-rock of “The Earth Beneath” and jazzy piano of “The Wit Of The Staircase” puts this band’s sound all over the place before finishing with the slow-fuzz blues of “Puncture.”