CD Review: Merch Finds "Betrayal," While Neonfaith Gets "Tied" Up 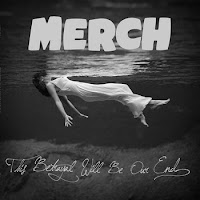 From San Francisco, CA comes MERCH with their sophomore effort, “This Betrayal Will Be Our End.” MERCH is the brainchild of Joe Medina as he invites his collaborators along to create some mind-expanding, psychedelic-pop sounds to embellish his storied lyrics.

The opening title, “Death Of A Love” is a short instrumental that leads you into the story of love and revenge. The music of “Osmosis” has combined elements of rock and orchestral to create a song that leaves an impact on the listener. The frailty of the vocals in “Before You Go Back To Him” and “When It Was Good” gives a sense of loss without understanding why, while “Infidelity” has the total opposite feeling of aggressive revenge. The album finishes up with the psych-pop music of “The Comedown Is A Killer,” which tries to handle the heavy weight of the lyrics before the closing song “The House We’ll Never Live In” about true heartbreak. 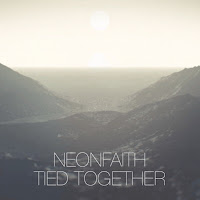 Check out samples of the Neonfaith’s two singles at http://soundcloud.com/neonfaith.
Posted by JP's Music Blog