CD Review: New Music From Chicago From The Shams Band And Cobalt & The Hired Guns 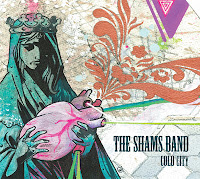 The album begins with the title song, “Cold City,” a tribute to their hometown of Chicago as you notice a more alternative rock sound with slight comparisons to The Avett Brothers. They head to a more country setting with “Love You The Most” before making a U-turn to the garage rock sound of “Breadwinner.” You finally notice the amazing harmonizing between the band members on “Cause You Can” and “Trunk Whiskey.” They rely on their roots for the country romp of “Virgin Mary,” before heading into the blues for “The Des Plaines River.” The album closes with the band returns to country rock with the up-tempo “I’m Not Sorry.”

The Shams Band has a show on the schedule for September 28 in Chicago. For more information, check out theshamesband.com. 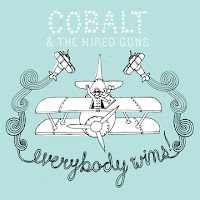 Also from Chicago, come the pop-punk sounds of Cobalt & the Hired Guns. They recently released their full-length sophomore album entitled “Everybody Wins.” The core of Cobalt & the Hired Guns consist of the trio of Jesse Alexander (Drums, Vocals), Tominson Fort (Guitar, Vocals) and Mike Roath (Bass, Guitar, Vocals). At any given time, they are joined by as many as twelve other musicians to give the songs whatever they need.
They’re music crosses the musical boundaries of rock, punk, country and Americana. They show off their energy on the album’s opening song “Like You Like Me Like Me” and add some horns to “Leaving” to give the song a more ska-punk sound. They venture into the country/Americana for “You Left Your Sweater” as they bring banjos and acoustics into the mix. Cobalt & The Hired Guns return to a more pop-rock sound in “Ghost Of The Road” and “Blue and White.” The horn section makes a return in “Last August” and gives the song a fuller sound. The album closes with their tribute to the state of Oregon(?) in “Oregon, I Know.”
Cobalt & The Hired Guns currently have no dates scheduled, but make to visit their website (cobaltandthehiredguns.com) for updates and announcements.
Posted by JP's Music Blog