This past September we saw the release of two albums that signaled the return of one of country music’s biggest acts and one of country music’s best songwriters. Big & Rich and Dwight Yoakam have both been out of the limelight for over five years and their new albums are sure to put them back in the forefront of this wildly popular music genre. 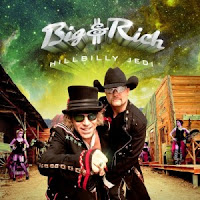 Big & Rich return from a five year hiatus with a new studio album entitled “Hillbilly Jedi.” The album was released on September 18 through Warner Bros and hit the top 5 on the Billboard Country Music chart.

The album begins perfectly with the duo’s return to form on “Born Again” as they receive a little help from New Jersey fans Jon Bon Jovi and Richie Sambora. The song is the perfect collaboration of rock and country that just sets the stage for a party-type album which continues with “Party Like Cowboyz.” The album’s first single “That’s Why I Pray” finds the duo pulling back the partying for the heartfelt, country prayer. The mellowness continues with the acoustic “Last Words,” before returning to the up-tempo fun of “Rock The Boat.” The boys throw in one more ballad with “Never Far Away,” then finish up with the almost six-minute, wild west sounding “M-E-D-L-E-Y Of Hillbilly Jedi.”

Big & Rich have been on the road promoting the new album and only have a few dates left before returning to the road in December. For more information on their new album, “Hillbilly Jedi,” please visit bigandrich.com. 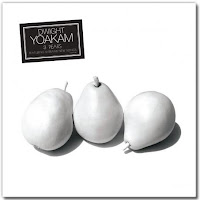 Dwight Yoakam returns with his first album of original material in over seven years. The new album, “3 Pears” was also released on September 18 and cracked the top 20 of the Billboard 200 Album Chart, one of Yoakam’s highest charting albums to date. The album also features some production help from alternative musical chameleon Beck.

The album begins with “Take Hold Of My Hand,” which finds Dwight Yoakam in fine form both musically and vocally. The twang is gone on this open track, but still carries that classic country appeal. His songwriting excels on “Waterfalls” as his words just have so much meaning against such a stark background of music. He rocks, country-style, on “Dim Lights, Thick Smoke” and he brings in some of that classic rockabilly guitar on “Nothing But Love.” Then Yoakam flashes back to the early days of country on “Heart Like Mine” as the song carries such a simple, but effective sound. He pours his soul into the acoustic “Missing Heart,” before picking up the tempo again on “3 Pears.” The album closes with a reprise of the opening song “Take Hold Of My Hand” as Yoakam sings along to just a lovely piano melody.

Dwight Yoakam is currently on tour in the U.S. before heading over to Australia in November. For a complete list of tour dates and more information on the new album, be sure to check out dwightyoakam.com.
Posted by JP's Music Blog