With Thanksgiving coming this week and Christmas right around the corner, it's time to break out all those Christmas themed CD that get stored away for 11 months of the year. Which also means that record companies continue to produce new holiday themed albums from some of today's most popular music artists. This year seems like there are more choices, with current pop icons releasing Christmas albums as well as some very well established artists. Here are some new albums to help in your decision making. 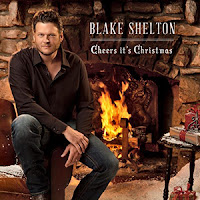 First up is "Cheers, it's Christmas," from country music's "Entertainer of the Year," Blake Shelton. With the success he has found on NBC's "The Voice," now is the perfect time for him to release his first ever Christmas album through Warner Bros. Records. The 14-song CD features a mix of holiday classics like "White Christmas" and "Winter Wonderland" alongside newly-written originals "Santa's Got A Choo Choo Train" and The Very Best Time Of Year." Blake Shelton also brought along some friends to join him. Reba McEntire duets with Blake on the country-twang of "Oklahoma Christmas" and Michael Buble lends a hand to his original "Home." This album is a great addition of fans of that old-fashion country Christmas. 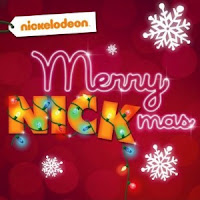 Now if you're looking for something more pop-oriented, there are a couple of recently released choices. Christina Perri, who hit the heights of mainstream stardom with "Jar Of Hearts," has a new 6-song EP entitled "A Very Merry Perri Christmas." The songs on this release range from the gentle-piano original "Something About December" to the acoustic, slow-building "Happy Xmas (War Is Over)." The ones that steal the show are "Merry Christmas Darling" and "Ave Maria," which allow Christina to really use her vocal talents. The other Christmas pop album is from Nickelodeon entitled "Merry Nickmas," which will be released by Columbia Records on November 20. The CD carries nine songs featuring Nickelodeon cast artists Drake Bell, Victoria Justice and Big Time Rush performing Christmas classics as well as some originals. This album also contains Rachel Crow's version of "Santa Claus Is Coming To Town," which she will be performing in the Macy's Thanksgiving Day Parade on the Dora float. 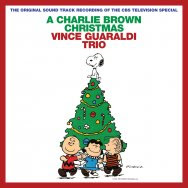 Now if you're not into any of the newly recorded Christmas albums, then I have the perfect thing for you.The newly remastered version of "A Charlie Brown Christmas" was released by Fantasy Records back in October and features three bonus tracks not on the original album. This album as become synonymous with Christmas since its original release in 1965. It was first released on CD in 1986 and since has been re-release and remastered four times. So why do we need another version, well as technology has improved, so has the ways of remastering and bringing out the best in the album's original sound. While the last version came out in 2006 with much controversy over the poor sound quality, this new 2012 version makes this the definitive version to have in your collection. While it does not include any alternate versions of the song on the soundtrack, it does include the original verision of "Greensleeves," which was left off the original album because of time restraints. Also, for the first time, paired with the Christmas songs are the two songs that pay tribute to the holidays prior, Halloween ("Great Pumpkin Waltz") and Thanksgiving ("Thanksgiving Theme"). This newly remastered version by Joe Tarantino really allows Vince Guaraldi keys to sound and new and fresh as ever before. For more information on this release, please visit http://www.concordmusicgroup.com/albums/A-Charlie-Brown-Christmas-2012-Remastered-Expanded/.
Posted by JP's Music Blog