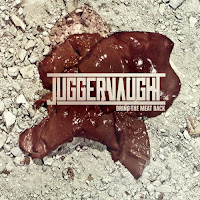 First, from South Africa is Juggernaught with a new self-released album entitled "Bring The Meat Back." They combine elements of hard rock with southern blues as heard in the opening song "Bad Idea" and the guitar-fueled "The Storm." Juggernaught head down south with the swamp rock sound of "Back Door Women" the head to the streets of L.A. with the strip joint rocker "Booty Call." The album finishes with the deep grooves of "Wors and the aggressive closer "Paint It Brown."

To find out more about Juggernaught, please visit their Facebook page at facebook.com/JUGGERNAUGHTMANROCK. 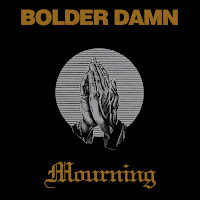 New from Shadow King Records is a new album from Bolder Damn entitled, "Mourning." Their music relives the early days of hard rock and heavy metal in the vein of Blue Cheer and Black Sabbath. Their lead track off the album, "BRTCD" places you back in the the seventies rock movement with its blazing guitar solos. They add a bit of blues to "Got That Feeling," while "Breakthrough" sounds like an anthem for Vietnam. The album closes with the sixteen-minute guitar driven epic "Dead Meat."

To find out more about Bolder Damn, please visit their website at bolderdamn.com. 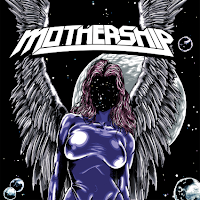 Finally, landing this February is the new self-titled release from Mothership. They also have a very nostalgic feeling to their music by giving southern rock a big swift kick in the ass, as in the song, "Cosmic Rain." They bring up comparison to Molly Hatchet with "City Nights," but get into their own groove with "Angel Of Death." Their music flies high with "Eagles Soar," before finishing with the eight-minute adrenaline pumping rocker "Lunar Master."