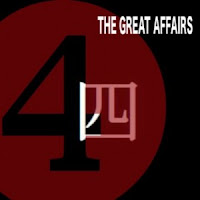 Denny Smith and his band The Great Affairs return in 2013 with a seven-song EP entitled “4.” After taking most of last year off, the band comes back with one of their strongest efforts to date.

The new release starts off with the pure, straight-up rock of “Rock N’ Roll Heart.” The band sounds tight as Denny’s songwriting should be compared to some of the great classic rockers like Tom Petty and Neil Young. The song “Shame On You” sounds like it could’ve come from Kid Rock as the screaming vocals give the song just enough of an edge to stand out. Denny shows us the diversity in his songwriting with the heartfelt, power ballad “The Ring,” and then the band plugs back in for the hard rocker “Fists & Guitars.” The album closes with the acoustic “Gone” as the lyrics paint a perfect picture in your mind. 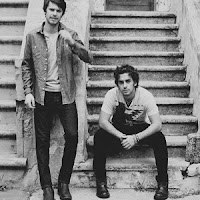 Also on the rise is the rock band Arc & Stones with their self-titled debut album. Hailing from Brooklyn, NY, Arc & Stones began as the duo of Dan Pellarin (Vocals, Guitar, Keys) and Ben Cramer (Guitar, Vocals) before adding Eddy Bayes on bass and Joe Doino on drums to help flesh-out their songs.

As heard in the album’s first single, “Silence” the band has a raw, rock sound, similar to the Kings Of Leon.  A video for the song can be found on the band’s website, arcandstones.com. They mix in a Soundgarden-type vibe in “Say Goodbye” as Dan’s vocals are strong and powerful.


The new EP from Arc & Stones will be released on February 12. The band has one show scheduled at the moment, January 10th at The Bowery Electric in New York. Check them out if you’re in the area.
Posted by JP's Music Blog