CD Review: Victory Records Hits Hard In The Beginning Of 2013

Victory Records starts the New Year off with three new heavy metal albums from Fall City Fall, Otep and Continents. First up is Fall City Fall with their new debut album entitled “Victus” which will be released on January 22. Based out of Calgary, Alberta, Canada; Fall City Fall are ready to bring their brand of hardcore metal to the masses of North America. 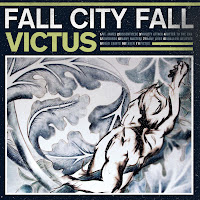 The album begins with the screaming introduction of “St. James,” before the band quickens up the pace in “Dissentipede.” The sheer force of their music is heart and felt in “Anxiety Attack” and “Bitter to End.” The duel vocal attack of Nathan Zorn and Keenan Pylychaty keeps the adrenaline pumping as in “Lovebirds,” while the band finds their progressive groove in “Many Lives.” Fall City Fall’s new album is a blast of energy with every note all the way to the closing title-song.

Fall City Fall are taking a short break from touring, but look for them to hit the road again once their new album is released later in the month. For more information, please check out their facebook page at facebook.com/fallcityfall. 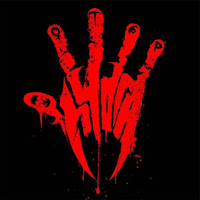 After releasing their first official live album last year, Otep returns with a new album of songs entitled “Hydra.” This album has been announced as the last one released by Otep after a decade of banging heads.

Beginning with a spoken word introduction, “Rising” sets up the listener for what has been described as their best album to date. The songs on this release reflect the graphic novel that Otep has been writing for the last two years along with this album. The concept for this album is about a girl corrupted by the world and abandoned to deal with “her personal alchemy of theophagy, revenge and righteousness.” Songs like “Seduce & Destroy” and “Hematopia,“show a different side to Otep’s songwriting as she deals with the seduction of the main character’s young mind. She gets her revenge on the world as a vigilante in the songs “Feral Game” and “Theophagy.” Her voice in “Voyeur” and “Hag”paints the perfect picture on what Otep is trying to portray with this latest album.

The new album drops on January 22 and Otep will be heading down to Australia for a few shows in April. For more information, please visit her facebook page, facebook.com/otepofficial. 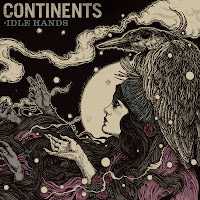 Next up, from the UK come the premier hardcore metal band Continents with their new album, “Idle Hands.” The band has earned a spot as one of the best new metal acts of the UK and has gained attention from the June hardcore metal festival, Ghostfest.”

The new album begins with the powerful vocal delivery of Phil Cross on the title song which gets complimented by the machine gun drumming of Duncan “Ken” Hamill in “Pegasus, Pegasus.” The band mixes tempos in“Land Of The Free” before returning to the dark vocal style of “Regrets.” The album closes with the vocal assault of “Exhale” followed by the pounding “Truth And Lies” and the hardcore attack of “Lion’s Den.”

The new album, “Idle Hands” from Continents will also be released on January 22. To find out more about this hardcore metal band from the UK, please visit the band’s facebook page at facebook.com/Continentsband.
Posted by JP's Music Blog