CD Review: Victory Records Brings Down Some New Metal From The North 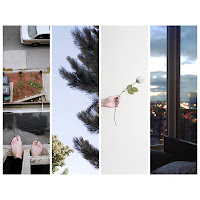 Canadian hardcore metal band Counterparts will be releasing their third album, “The Difference Between Hell and Home” on July 23rd through Victory Records. The new album is their hardest, truest, most raw sounding in their short career and allows the band to express themselves through their music.

The eleven-song release is filled with short titles and quick-hitting songs. They lead the album off with “Lost,” a two-minute blast of music with screaming vocals and machine-gun drumming. The tempo changes slightly in “Ghost,” before Counterparts just try to blow you away with the sheer force of “Debris.” The band gives your ears a break on the build-up of “Decay,” then continues to just pulverize your speakers with the hardcore sounds of “Compass” and “Cursed.” The album closes with the band expands slightly on a deep, doom metal groove of “Soil,” while screaming vocals lead the way.

Counterparts are currently on a U.S. tour before heading to Canada in August and then overseas to Europe in September. To find out more about this underground hardcore metal band, please visit www.victoryrecords.com/counterparts. 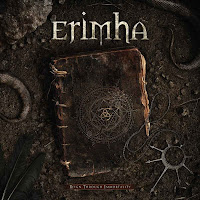 Another Canadian metal band releasing some new music is the death metal band Erimha. Their debut album, “Reign Through Immortality” was released on July 9 through Victory Records. The ten-song blast of power starts off with a small introduction (“Enlightment”), before blowing you away with the sheer force of “Ascetic.” The deep growling vocals and machine gun drumming of “Condemned To Desolation” are sure put you back in your seat as Erimha continue the onslaught on your ears. The grand sounds of “Saunter To Extinction” once again give way to the desolation and destruction of “The Ritual Of Internicion” and “Verdict Of The Soul.” The album closes with the 10-minute epic “Metempsychosis” as the band shows off their endurance.