Album Review: The Itch Finds "Tales Of Hard Luck" As We Receive "Greetings" From Molotov Latte 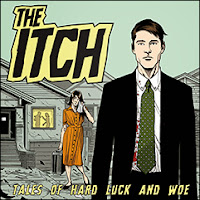 The fifteen song release is split between Hard Luck (side 1) and Woe (side 2). The album begins with the speedy punk attack of "Picher," then showcases a little California surf guitar on the 96-second instrumental "Compendium Of Failed Cult Leaders." They quickly make their way through the raw garage rock feel of "A Letter To Trudi" and "Linda's Dance," before finishing side one with the punk fury of "Roses." Side two starts off with the grungy, quick pace of "Sweet River" before moving on into the chaotic "Tell Me Lies." Their music sounds the most polished on "Manifesto" as The Itch bring together all the right ingredients. The album closes with the raw "Pursuit Of Power" and the fast-pace of "Victims Anonymous."

To find out more about The Itch and their latest album "Tales Of Hard Luck And Woe," please visit theitch.weerockrecords.com. 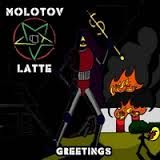 Also from Springfield, MO comes the latest album from Molotov Latte. They have been making music since 2001 and continue to keep that punk like energy going on their latest release "Greetings." The album was released back in November through Zero Youth Records.

The 17-song release starts off with the two-minute attack of "No More." They have fun with their sound as they play around with lyrics on "One By One," but their music continues to have that energetic punk feel as in "Build For Speed." They try adding a little ska into their sound on "Drowntown," before blasting you away with the politically inspired "Hey Johnny." The album is filled with these two-minute blasts of raw punk energy that showcases the love this band has for performing. The band has a video for one of the highlights of the album, "Just Looking" (http://www.youtube.com/watch?v=FCm9lqKIzCg). The album closes with the deep bass, drum groove of "One Step" as they have perfectly captured the raw independent feel of punk music.

Amazing and so inspirational. Tears are in my eyes thinking of these true heroes.
Thank you, for sharing your experience in making this amazing series.
Album Reviews

Amazing and so inspirational. Tears are in my eyes thinking of these true heroes.Thank you, for sharing your experience in making this amazing series.
Album Reviews

Incredible and for that reason inspirational. Holes are in my face considering these kinds of genuine characters.
Many thanks, pertaining to discussing your knowledge to produce this excellent collection.
Bands Interviews