CD Review: Sister And Monte Pittman Start The Year Off With New Albums

Record label, Metal Blade Records is entering the new year with a pair of highly anticipated releases from Swedish metal band Sister and the return of metal guitarist Monte Pittman. 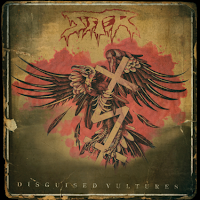 The new album from Sister entitled "Disguised Vultures" will be released on January 21 and follows their critically acclaimed debut album "Hated." The new album begins with the strong attack of "My Enemy" as the music pounds in your brains. The first single "Sick" was released late last year and displays a rawness to their sound as the music and chorus make for a successful metal hit. They pull from their hard rock influences on the edgy, dirtiness of "Arise" and speed things up with the Marilyn Manson sounding "Slay Yourself." The album closes with the chugging, energetic arena rocker "(Stop The) Revolution" and the garage, punk-like feel of "Please Kill Me."


Sister has a few festival dates planned for overseas. To find out more about the new album "Disguised Vultures," please visit sisterofficial.com 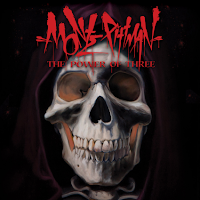 Guitarist/singer Monte Pittman is not new to the music industry. For over ten years he has been the lead guitarist for Madonna and released his debut solo album back in 2009. His solo career has been slowly building to the release of his Metal Blade Records debut "The Power Of Three."
The new release quickly shows off Pittman's skills on the guitar with the electrifying display on "A Dark Horse." He combines the speed of thrash metal with the grand mainstream hard appeal on "Delusions Of Grandeur," then expands his sound on "Blood Hungry Thirst" to incorporate a progressive-metal attack. He brings the energy on the thunderous six-minute "Before The Mourning Sun" which features Alex Skolnick (Testament) and Chris Barnes (Six Feet Under), before closing with the classic heavy metal sound of "Missing" and the epic 13-minute guitar driven "All Is Fair In Love And War."

Monte Pittman has one show scheduled for February at the Whisky A Go Go. To find out more about his new album "The Power Of Three," please visit montepittman.com
.
Posted by JP's Music Blog