The highly collectible music label Audio Fidelity is ready to roll out some new titles to add to their ever-growing database. It's hard to question their selections, when the music sounds so great, but this time around Audio Fidelity picks Heart's "Magazine" and Peter, Paul and Mary's self-titled debut album. Two albums that became early benchmarks in the long career's of each of these bands. Also new from Audio Fidelity is the sweet virgin vinyl release of Barry White's landmark album "Can't Get Enough."

There is some controversy that surrounds Heart's album, "Magazine." It was originally released as the band's second album, without their consent. The record company got a hold of some of the demos and outtakes from the sessions and complied an album for release in 1977. It was later pulled and reworked by the band and re-released again (properly) in 1978, which followed their break-through album "Little Queenie." This album showed a bluesier, harder rocking side to the band's sound, beginning with the sharp, revenge song "Heartless." While lead singer Ann Wilson and sister, guitarist Nancy Wilson were always in the forefront of the songs, with this new SACD remaster, you can fully appreciate the musicians surrounding them. The pounding drums of Michael DeRosier gives "Devil Delight" a Zeppleinesque feel, while the string section on "Just The Wine," brings out the best in the Wilson sisters' songwriting. The two live songs that are featured on this album, "Mother Earth Blues" and "I've Got The Music In Me," I feel benefit the most from this new SACD release. Listening to these two songs through a pair of good headphones make you feel like you are in the audience for these performances. The album was mastered by Steve Hoffman at Stephen Marsh Mastering.

The debut album from Peter, Paul & Mary, also mastered by Steve Hoffman at Stephen Marsh Mastering, allows the mastering of the Audio Fidelity CD to perfectly hear the harmonizing between their voices. The album uses minimal instrumentation as the occasional acoustic guitar appears to keep rhythm, but their voices on gentle feel of "Sorrow" gives that warm feel from your speakers. The quick strumming of the storied lyrics of "If I Had My Way" shows Peter, Paul & Mary's gospel/folk/rock qualities as they are preaching from the mountain. The album's two singles, "Lemon Tree" and "If I Had A Hammer" never sounded better as each vocal is heard in it's own space without the distortion of instrumentation. 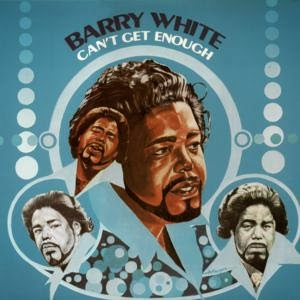 Barry White's album, "Can't Get Enough" is filled to the brim with "love." Four of the five full-length songs, with vocals, feature the word "love" in its title and Barry's voice is undeniable when the mood is right. Audio Fidelity took this album, which was last remastered almost 20 years ago and turned it into one of the "must have" records on vinyl. White's orchestra on "I Can't Believe You Love Me" sounds so warm and smooth that you may never go back to your CD version again. White's deep vocals on "Can't Get Enough Of Your Love, Babe" shake the speakers and still sounds as genuine as the day they were recorded. To also help on the sound is the fact that this album was pressed on 180 gram virgin vinyl and Mastered by Kevin Gray at Cohearent Audio.

To find out more about these outstanding new releases from Audio Fidelity, please visit www.audiofidelity.net/.
Posted by JP's Music Blog