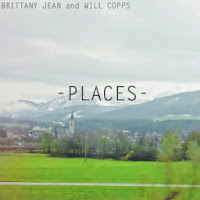 Washington D.C. singer/songwriter Brittany Jean and German audio/visual artist Will Copps return with their latest EP entitled "Places." The album was the most difficult for them to record, due to the distance between the two artists, but the songs feel as if each was helping, (even pushing), each other to achieve their greatest work of art. The mellow pop of "Beneath The Crest Of The Sea" has Brittany's vocals leading the way as Will's synthesizers fill-in the openness of the song's airy feel. The two-minute "Neighborhoods" show the duo experimenting with their sound, before showcasing the original folk/Americana pop of "The Fall." The album finishes up with the R&B backbeat of "The Smoke/The Snow" and the stark folk-like delivery of "Vow."


Brittany Jean has a few upcoming live dates on her calendar. To find out more about the new album "Places," please visit brittanyjeanmusic.com/ and www.willcopps.com/PAGES/portfolio.php. 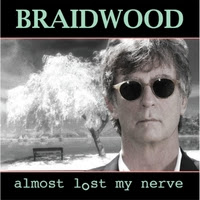 The new debut album from Canadian singer/songwriter Brent Braidwood has a classic feel, but modern alternative rock sound with a bit of sixties nostalgia. After being involved in the music industry for over 40 years, Braidwood though it was about time to release his own music. His music has an attractive, care-free feel as in the opener ""Left To Wonder." His talents shine on the piano ballad of "You," but his heart lies within the album's first single "Mine All Mine" as he pulls off the appeal of a feel-good rocking song. He dabbles a little in the country vein of "Some Say It's Murder," but the two-minute guitar attack of "Lighthouse Keeper" is where Braindwood's talent can't be denied. The album closes with the sixties pop/rock of "So It Goes" and the experimental sound of "Are You Listening?"


To find out more about Braidwood and his new album "Almost Lost My Nerve," please visit his Facebook page at www.facebook.com/braidwoodsongs. 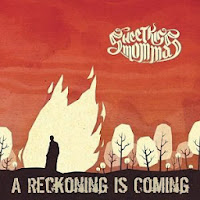 From Seattle comes the hard hitting southern rock appeal of SweetKiss Momma with their latest album "A Reckoning Is Coming." The band has found indie success with their former album "Revival Rock" hitting #1 on the independent "Roots" rock sales chart and they are looking to duplicate that with this new release. Beginning with "Fix My Hair," this band is out to prove a point and make you a fan as their sound brings together southern rock with gospel to make sure to stand-up and take notice. The guitars are on fire during the title-song, while they slow-down for a moment to showcase the country roots of "Same Old Stories." The blues rocker "For The Last Time" and the fun, playfulness of "Birthday Cake" prove that this band is ready for the big-time with their outstanding collection of songs.


SweetKiss Momma have a load of live dates around the Washington state area. For a complete list of shows and to find out more about the band's new album "A Reckoning Is Coming," please visit skmband.com.
Posted by JP's Music Blog