Many may know the name Kenny Davin Fine from his groundbreaking research in developing gluten-free foods, but with his latest batch of songs, the musical community will also know that name for positive, healthy music. The album begins with the upbeat, guitar shuffle of "Dreamin'," but his heart seems to lie in the slow, country feel of "Aliyah."  The song "Who's That Girl" gets stuck in repeat in your head as you continue to sing the chorus, while his voice in "I Wanna Be Your Lovin' Man" soothes your troubles. He mixes in a little island flavor during the "Summer Of Love" before closing with "Friendship" as Kenny names some of his biggest influences like Neil Young, Billy Joel, Bob Dylan and more. It's great to listen to and hear how he weaves the lyrics along a gentle acoustic backdrop.

To find out more about Kenny Davin Fine and his new album "Son Of The Heart," please visit kennydavinfine.com. 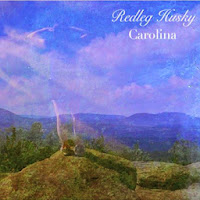 Also, from North Carolina comes the debut album from the Americana/folk trio Redleg Husky entitled "Carolina." Formed in 2012 the band have being a staple at folk festivals along the southeast and their first album of studio songs should help spread the word. Beginning with "Carolina Diamonds," you instantly have the feeling that less is more. The starkness of only acoustic instruments allows the vocals to shine and make you take notice of the wonderfully creative lyrics. The song "Autumn Heart" fits in perfectly to the Americana folk movement lead by The Avett Brothers and The Lumineers. The band has fun with the highly contagious chorus of "You Threw Me Away," but also have you hanging on their every word in "Wishing Well." The album finishes up with the quick, acoustic strumming of "Hallowed Sound."

Redleg Husky are keeping busy with loads of shows throughout the summer. For more information on their new album "Carolina," please visit redleghusky.com.
Posted by JP's Music Blog