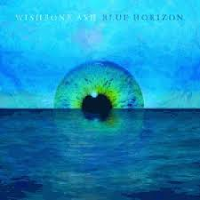 Classic rock band Wishbone Ash are celebrating their 45th anniversary this year with a brand new studio album and North American tour. The tour began April 15 in Florida and covers the U.S. Then in July they head over to Europe for a couple of rock festivals before hitting the U.K. in October and November. All this renewed energy is due to the band's new release entitled "Blue Horizon." It is their 25th studio album and the third release to feature the current line-up of Andy Powerll, Joe Crabtree, Bob Skeat and Muddy Mannien. The ten songs feel like an anthology of Wishbone Ash's recordings as all of the elements that have mad them so successful are present on this album. The prog-rock feel of the opener "Take It Back" and the fuzzy guitar shuffle of the ZZ Top sounding "Deep Blues." They slow things down for the dreamy feel of "Strange" and the adventurous lyrics of "Tally Ho!," then showcase their early days with the classic rock appeal of "Mary Jan." The album closes with the slow-burning, seven-minute build-up of "All There Is To Say."

For a complete list of tour dates and to find out more about Wishbone Ash's new album "Blue Horizon," please visit wishboneash.com/. 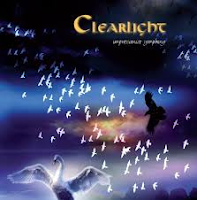 Another legendary progressive rock band with a new album is the French rockers Clearlight. Their latest release, "The Impressionist Symphony" strays far from the rock their earlier albums as the band gives a classical piece for the ages. It is Clearlight's first album of new material in over three decades and features members of the bands GONG, The Muffins, Spirits Burning and more. The music just takes hold of you and brings you on a journey through the influencial sounds of classical composers Ravel, Satie and Debussy. The album begins with a progressive feel during the opening of "Renoir En Couleur" featuring the outstanding guitar work of Steve Hillage. The wonderfully exciting piano of Cyrille Verdeaux on "Degras de la Marine" will give you shivers, before takes off with the spacey synthesizer sounds of "Van Gogh 3rd Ear." The album closes with the elegant, gentle feel of "Monet Time (duet)."

To find out more about the latest album from Clearlight, please visit www.gonzomultimedia.co.uk/product_details/15659/Clearlight-Impressionist_Symphony.html.
Posted by JP's Music Blog