CD Review: Artists Look To Strech Out And Expand Their Sound On New Albums 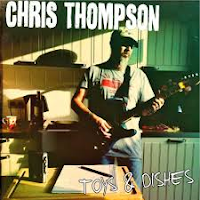 U.K. singer/guitarist Chris Thompson has performed alongside some of the greatest musicians including Elton John, Gary Moore and Sarah Brightman just to name a few. He was also a member of Manfred Mann's Earth Band during their popular 70's and 80's period. Thompson has also found time to record and release over a dozen solo albums, including his latest, "Toys & Dishes." The new album shows no signs of Thompson slowing down. He rocks with a new sense of purpose and love for what he creates as in the opener "Million Dollar Wonder Hit." He gets a little grittier with "Millie Christine," before displaying that classic rock feel that makes Thompson find the fountain of youth with "Eddie Wants To Rock." He displays that signature Manfred Mann's Earth Band sound in "Dark Side," then shows his softer side on the heartfelt ballad "Dream Away Little Girl" and the acoustic folk appeal of "You're The One I Love." The album closes the marching beat of "We Run" and the blues plead of "Woe Is Me."

Chris Thompson has bunch of scattered live dates across Europe. To find out more about his new album "Toys & Dishes, " please visit christhompson-central.com. 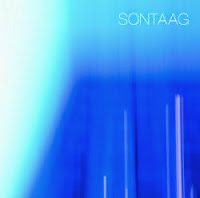 The debut album from the duo of Richard Sontaag and Ian Fortnam is a concept piece of grand proportions. "Sontaag," is a 45-minute space rock opera full of instrumental exploration and studio trickery. The album was co-produced and mixed by Youth (The Fireman) and recorded across two continents. The 12-song release begins with the aggressive prog-rock of "Empyrean," before the tempo shifts to a more spacey sound with "The Great Harmodulator." The Floydian seventies feel of "Spaceshifter" is one of the few songs with lyrics, while voice-overs continue the story amongst the angelic sound of "Serena Serenarum (Parts 1, 2 & 3)." The tempo (and the volume) pick up with the song "Interstellar Genocide," which is a fuzz fueled guitar rocker straight from the seventies. The album closes with storied progressive rock of "Aftershock Cacophony."

To find our more about the new debut release from Sontaag, please visit www.esotericrecordings.com/sontaag.html. 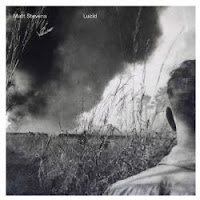 Acclaimed guitarist Matt Stevens recently released his latest album, "Lucid" through Cherry Red Records. It showcases Matt's talents for writing instrumentals that appeal to the mind. The diversity between the hard rock of "Oxymoron" and the spacey jazz feel of "Flow" shows us that Matt's performances cannot be directed in only one musical genre. The music moves slowly as you feel your way around "Coulrophobia," before the amazing acoustic finger-picking of "KEA" leads you into the twelve-minute journey of "The Bridge."

To find out more about this exceptional guitarist, please visit www.mattstevensguitar.com/page5.htm.
Posted by JP's Music Blog