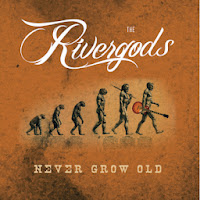 Connecticut's own Americana/Roots rockers The Rivergods return with a 4-song EP entitled "Never Grow Old." The songs show enormous growth in the song-writing and musicianship. The album open with the uptempo sway "When Times Were Good" that contains a chorus that gets stuck in your head. The title-song is were the heart of the album lies as Ben Parent sounds like a younger Elvis Costello with his band supporting his every move. The Rivergods finish up with the attractive roots rocker "Rush Hour" that brings everyone together in creating a touching piece of music.


To find out more about The Rivergods, please visit therivergods.com/. 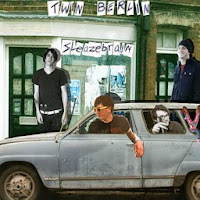 Connecticut punk band Twin Berlin recently released their full-length debut album, "Sleazebrain." It follows-up their Travis Barker (Blink-182) produced EP and has the band firing on all cylinders. Opening with the quick, destructive, punk-like fury of "You're A Problem," the band's songwriting has matured with the grunge-like distortion of "Wanna Be Your Girl." Twin Berlin look to capture their energy on record with "Keep Your Mouth Shut," before summonning up the ghost of Kurt Cobain on the Nirvana-like "Buzzkill." The album closes with the pulsating drumbeat and screaming guitars of "You Could Have Warned Me" and the classic rock appeal of "Kill This Low."


Twin Berlin have a show scheduled for Friday in North Adams, MA. To find out more about their new album "Sleazebrain," please visit twinberlin.net. 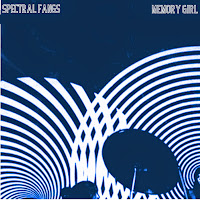 Next, we get the latest EP from Danbury, CT trio Spectral Fangs entitled "Memory Girl." It was released back in April through Obscure Me Records as the band's sound keeps improving with each release. The opener "You Are Watching The Decline," has that raw, early Rolling Stones rock appeal, while the follow-up song "Throw Your Tears" showcases a strong sixties pop/rock vibe. The title song feels a little underdeveloped, while the album closer "20" shows a punk side to their raw sound.


To find out more about Spectral Fangs, please visit their Facebook page at www.facebook.com/spectralfangs. 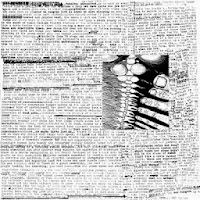 Last, but not least, we get the latest album from experimental musicians Florida=Death entitled "Post Information." This Meriden, CT band shows love for the early days of prog-rock, when Pink Floyd and Genesis would find new sounds from whatever way laying around the studio. The album begins with the layered sound of "Tension: Unresolved" as the trio lay the groundwork for your journey through sounds. Florida=Death shows a more modern sound to their experimentation with "A Deeper More Fulfilling Empty," before playing with your mind during "Empty Space." The starkness of "Empty Spacesuit" counters the layered sound of the album with a feeling of a complete song before venturing into the eight-plus minute mind-bender "Matter: That Which Does, And That Which Doesn't."