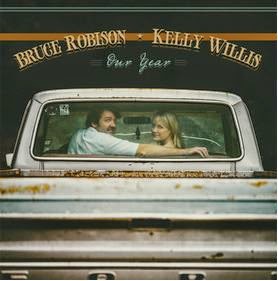 First up is the Texas duo, Bruce Robison and Kelly Willis, who are preparing to make 2014 "Our Year" with their latest album. The two are becoming the hottest couple in country music as their music is beginning to spread into the mainstream. After writing hits for Tim McGraw, George Strait and the Dixie Chicks, Robison began writing for himself and his wife as they released their debut album, "Cheater's Game," last year. Now with a new set of songs, the duo keep the fire burning. The album begins with the slow-paced gallop of "Departing Louisiana," which has Bruce taking the reigns early on. Kelly's vocals give "Motor City Man" the country pop attention that they deserve, before slowing down for the heartfelt duet of "Carousel." Their two voices mesh perfectly on T. Bone Burnett's "Shake Yourself Loose," before moving on to the fun, finger-picking, swing-tempo of the Tom T. Hall penned song "Harper Valley PTA." The album closes with a peppy, up-tempo cover of the Statler Brothers' hit "I'll Go To My Grave Loving You" and then their two voices come together to finish with "This Will Be Our Year."

The new album will be released on May 27th through Thirty Tigers and they are embarking on mini six-date tour beginning on May 15th. To find out more, please visit bruceandkellyshow.com. 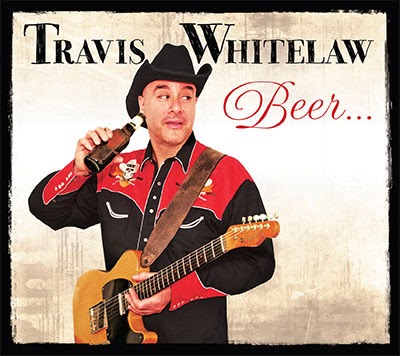 Next is the return of Texas-born country singer Travis Whitelaw with his much anticipated follow-up to his debut album "Sexarkana." His new release, "Beer & Booty" was released on April 29th through Skull Bros. Records and has been five years in the making. Now country music once again has an outlaw that is not afraid to sing about what drives him. The album begins with Travis and his band rockin' through "Shootin' Beer Cans Off My Fence" and shows off his rockabilly side with "Drank Beer, Got Drunk, Went To Jail." He moseys on with the country blues of "Don't Ask (And I Won't Tell)," then injects some guitar boogie with "Hillybilly Filly." His songs border between real life experiences and comedic situations as displayed with "Beer" and the sing-along album closer "Blue Balls."

Having lived in Boca Raton for several years, listening to the 103.1 WIRK has become a daily ritual for me. I start my day with a cup of coffee and a side of the WIRK ‘Morning Show’. WIRK is a stay at home mom’s best source for great entertainment. Tune in today or stream online at http://www.wirk.com!