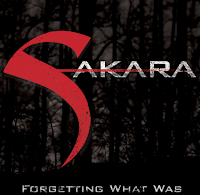 From Springfield, MA comes the band Sakara with their debut album through Pavement Entertainment entitled "Forgetting What Was." The band has been gaining local attention and has opened for many well-known band's national tours along the east coast. The ten song release begins with the heavy hitting alternative rock of "Jonah," the progressive hard rock feel of "Headlines" and the punk-like attitude of "Standing My Ground." They mix in some acoustics to hit the mainstream radio with "The Hunger," and lock in to the modern metal groove of "From Ashes." The album closes with the addicting "Simulation Theory" which keeps you wanting more from Sakara.

The new album "Forgetting What Was" is produced by Johnny April (Staind) and will be released on May 27th. To find out more, please visit www.facebook.com/SakaraMusic. 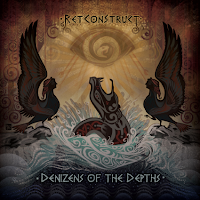 From San Jose, CA comes the latest album from the symphonic metal band RetConStruct entitled "Denizens of the Depths." It is the band's sophomore release and proves that things only get better the second time around. Beginning with the heavy metal attack of "Gods Among," you are instantly drawn in to the lead vocals of Jill Valdes. The band motors through with machine gun furry of "Funeral Dawn" and showcase their musicianship on the power metal of "Ravage The Ages." The band has you pumping your metal fists in the air for the "Devil In The Wall" and chanting the chorus of "Storm The Castle," before finishing the album with the electronic nu-metal feel of "What Lies Below."

To find out more about RetConStruct and their new album "Denizens of the Depths," please visit retconstruct.com.
Posted by JP's Music Blog