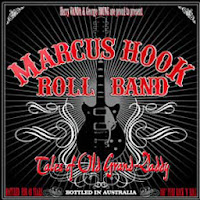 Australian musician George Young found success early in his musical career as a member of The Easybeats, who topped the charts in 1966 with "Friday On My Mind." After the demise of The Easybeats in 1970, George Young looked to begin anew with another band, but this time he wanted to include his younger brothers Malcolm and Angus Young on guitars. The band was named the Marcus Hook Roll Band and only lasted two years, but was the stepping stone for what would turn into one of the biggest hard rock bands of all-time AC/DC.

On June 3rd, Parlophone records will be reissuing the band's debut album "Tales Of Old Grand Daddy" on CD, vinyl and digital download. While the album never hit the heights that The Easybeats achieved, it is a very interesting transition period for the Young brothers. The new release contains 15 tracks (10 from the original album, 2 previously unreleased songs and 3 singles). The album starts out with the saxophone fueled funky blues of "Can't Stand The Heat," which sounds like a long ways away from the sixties pop of The Easybeats. The guitar riffs of "Goodbye Jane" and the full, strong chorus of "Quick Reaction" show the early stages of what masters Malcolm and Angus would become when writing hook-filled rhythms. Harry Vanda lends his vocals to "Red Revolution" which gives strength to the song's bluesy shuffle. The two previously unreleased songs, "One Of These Days" and "Ride Baby Ride" have that classic sixties pop feel, which might be why they were held back in order for the band to sound more modern. The addition of the singles (and b-side) show that the Marcus Hook Roll Band had their finger on the pulse of modern rock music and "Natural Man," especially laid the blueprint for what was to come from the Young brothers.

To find out more about this newly released gem, please visit media.rhino.com/press-release/tales-old-grand-daddy. 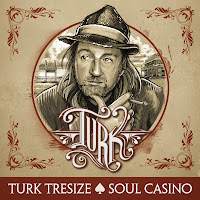 Sticking with the "down under" theme, comes the debut album from roots rocker Turk Tresize entitled "Soul Casino." The album was recorded at the Bomb Shelter in Nashville with Andrija Tokic (Alabama Shakes). His style and sound has a classic feel with sparks of modern flair, beginning with "Daddy Wazza Roller." His music and lyrics in "Direction" has a southern, "jammy" rock feel, similar to the band Widespread Panic. The country mellowness of "Nice To Know" and the "laid back" acoustic sit-down appeal of "Miles 'n' Miles" shows diversity in his songwriting that only makes his music even more attractive. The album finishes up with some sweet slide-guitar on "Held A Rose" and a guest appearance from Brittany Howard (Alabama Shakes) on vocals for the bluesy "West On Train."