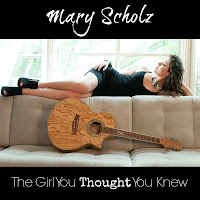 Singer/songwriter Mary Scholz has been a staple on the live circuit, performing across the U.S. and internationally for the past seven years. She released three EPs and a live album prior to this, her first full-length release entitled "The Girl You Thought You Knew." She has honed her skills on the road and has put that experience to good use on this album, beginning with the two-minute harmonizing warm-up of "A Mournful Noise." Her gentle, inviting voice takes center stage on the slow-moving "Bridges We Burn," before showing off her country side on "Beautiful Tortured Mess." Her voice just floats along on the airiness of "One More Day" and shows a little bit of attitude on the country rocker "Til I Die." The album finishes up with the Jewel-sounding "Beautiful Girl (Live My Life)" and the acoustic folk/rock of "In My Bed."

Mary Scholz is currently in tour in support of her new album, "The Girl You Thought You Knew." To find out more, please visit maryscholz.com. 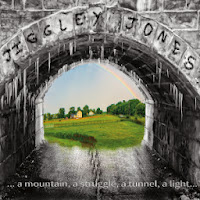 Singer/songwriter Jiggley Jones has as much a unique sound as his name entails. His vocals are strong enough to take you on a journey, but the music supporting him has a relaxed, laid back feel. His new album, "A Mountain, A Struggle, A Tunnel, A Light" is his first on Lamon Records. The five-song, twenty-minute album gives us only a glimpse into the creativity of Jiggley Jones. The stark, folk-like delivery of "Early Morning Light" and the strength in "Modern Day" shows Jones' diversity in his songwriting. The album closer "Nothing So Natural" has a southern country appeal that puts Jones' music heading in the right direction.

Jiggley Jones has a few shows lined up in the New England area. To find out more, please visit jiggleyjones.com. 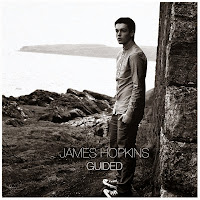 Pop singer/songwriter James Hopkins recently released his debut EP, "Guided." It shows a quick glimpse to a star in the making. The pop sensibilities that Hopkins displays in the opener "Set The World On Fire" lays the groundwork for what could be. His voice has a vulnerability during the high points of "Summer Rain," before finishing with the upbeat power pop of "One More Night."
To find out more about this young talented musician arriving on the scene, please visit his Facebook page at www.facebook.com/JamesHopkinsSounds. 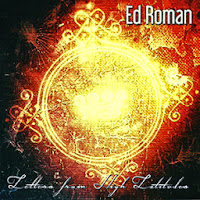 Canadian singer/songwriter Ed Roman returns with his latest release "Letters From High Latitudes." His style is very creative and diverse as you make your way through the thirteen songs on the new album. He touches upon many different genres including the classic jazzy feel of "Roly's Cottage" and his reggae attempt of "Jamaica." Ed seems to feel most at home with the Americana/folk of "Comin My Way" and the gentle touch of "Rosetta Stone" as his voice just melts your troubles away. He has some fun performing the five-minute acoustic New Orleans swamp blues of "Melacthon June Bug," before closing with the smooth contemporary rock of "I Found."

Ed Roman is currently on tour, splitting time between the U.S. and Canada. To find out more about his new release "Letters From High Latitudes," please visit edroman.net.
Posted by JP's Music Blog

Fantastic blog! Cool, witty and of course, not a bore. I wish I can blog like you. Keep up the good work. Can I suggest some websites that I found useful? There are numerous marketplaces like Freelance Work From Home, $5 logos
and many other wonderful sites. You can suggest it to your friends so that they can do all that freelancing stuff, that you are talking about over here. Get rocking!