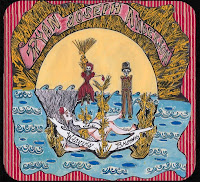 From Chicago comes the debut album from singer songwriter Ryan Joseph Anderson entitled "The Weaver's Broom." For the last five years, Anderson was the frontman for the indie-rock band Go Long Mule, but decided to take his music in a different direction. The new album begins with the slow-moving Americana feel of "Crooked Heart." He gets a nice, funky groove going with "When The Bees Get Mad," then moves along to the alternative country of "Weep Caroline." Anderson brings us back to sixties with the jukebox swing of "Fortune And Fate," before closing with the gentle folk appeal of "Mission Bell."

To find out more about Ryan Joseph Anderson and his new release "The Weaver's Broom," please visit ryanjosephanderson.com. 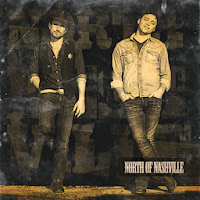 From Maine comes the country duo of Jay Basiner and Andrew Martelle with their self-titled debut album, North of Nashville. The album was released back in April and features ten songs filled with the classic sounds of pure country. Beginning with the slow gallop of "The Lady And The Outlaw," led by Martelle's fiddle, you instantly get a sense that they carefully craft their sound for the country music lovers. The chorus of "Eyes For Me" have you singing along after only a couple listens, while "The Best Of What's Around" is the perfect recipe for a hit single. North of Nashville proudly display their roots in "The Working Man," before closing with the fun lyrics and great mandolin solo of "Dreams Come True (For Awhile)."

North of Nashville are heading out on the road in June, beginning with a list of dates in Maine, before making their way down the east coast. For a complete list of tour dates and for more information on the new album, please visit northofnashville.org. 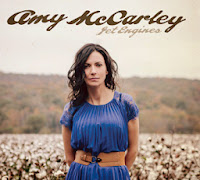 From Alabama comes country singer/songwriter Amy McCarley with her long-awaited sophomore release "Jet Engines." The album was produced by Kenny Vaughan (Mary Stuart) and will be available on June 10th. The new release continues solidifying Amy's talents as one of the undiscovered gems of country music. The gentle sway of "Everybody Wants To" and the upbeat "Here I Am" showcases her diversity in her songwriting, while maintaining her country roots. She displays her crooner swing with "Radio On," before pouring her heart into the ballad "Slow Man." The album closes with the uptempo stomp of "Woods On Fire."

Amy McCarley has a few dates scheduled at the moment in her home state of Alabama. To find out more about this rising country star, please visit amymccarley.com.
Posted by JP's Music Blog

JP, check out this new up and coming band who released their new single for your new faces of Country!
https://www.youtube.com/watch?v=cSMDFaOch0