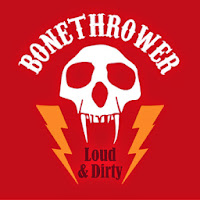 After ten years of gigs and garages, Connecticut band BoneThrower have finally released their debut album entitled "Loud & Dirty." The duo of James Darling and Dan Persaud (who make up the band) have mastered how to achieve their huge sound with only two band members; and the songs on this album can certainly testify to that power. Beginning with dirty guitar buzz of "Wagon," you feel as if this duo is special as they inject their energy into your body. The beat is so infectious with "Ink" that you easily find yourself rocking out to the raw, garage rock rhythm. BoneThrower blast you away with the sheer power of "Get Mine" and "On The Rocks," as Darling gets possessed by the soul of Jack White. BoneThrower will be performing in New York City on July 25th at Otto's Shrunken Head Tiki Bar and August 1st in Meriden, CT at the newly renovated concert spot, The Reserve. To find out more about this amazing powerful rock duo, please visit bonethrowermusic.com. 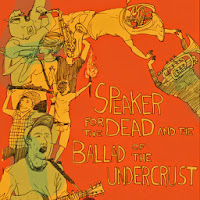 Also from the east coast, from Worcester, MA, comes the latest release from punk/ska/jazz band Speaker For The Dead entitled "Ballad Of The Undercrust." Their sound is very hard to pinpoint. At times they sound like Weird Al's backing band ("And The Ghost Said!") and other times they could be the next coming of the Violent Femmes ("Saint Peter Part Two"). The band experiment with the pirate-like sing-along of "The Troll," before create the enjoyable sound of "Song So Sad." The album closes with the six-minute mini-musical of "Contract." To find out more about this funky new band, please visit their Facebook page at facebook.com/speakerforthedeadus. 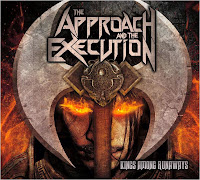 Moving to other coast, California progressive metal band, The Approach & The Execution releases their latest album entitled "Kings Among Runaways." The band are looking to build upon the success of their independent debut album "The Blood March." The new nine-song release begins with the quick pace of "The Warrior's Psalm" as the energy becomes contagious as it runs through the entire album. They become aggressive on the battle cry "Hymn Of Victory," before exploding with the mainstream metal of "Kings Among Runaways." The album closes with the six-minute metal journey of the "Ghost Pilot" as their sound darkens to old Iron Maiden standards. To find out more about The Approach & The Execution, please visit their Facebook page at facebook.com/TheApproachandTheExecution. 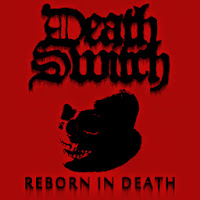 Sticking with the west coast comes the latest EP from the California death metal band Death Switch. The new four-song album is a quick rush of adrenaline as the songs "Echoes Of Dissolution" and "Reborn In Death" look to blow your ears out with their aggressive lyrics and fast-paced rhythm. The album closing song is a lightning quick cover of Vampire's "At Midnight I'll Posses Your Corpse." To find out more about this new underground death metal band, please check out their Facebook page at facebook.com/pages/Dead-Again-Productions-and-Distribution 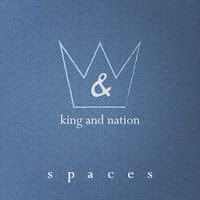 Finally, coming from College Station, TX is the debut EP from alternative rockers King And Nation. Their new album entitled "Spaces" is available now through iTunes and Spotify. The five-song release has a very raw, garage rock appeal to its sound. Beginning with "Hot Air Balloon," the band's energy is put into their music as their music becomes very addicting. They bring on the Seattle grunge of "Waylon Jennings," before finishing up with the post-punk-fury of "Words Spinning Around." To find out more about King And Nation, please visit kingandnation.flavors.me/.
Posted by JP's Music Blog