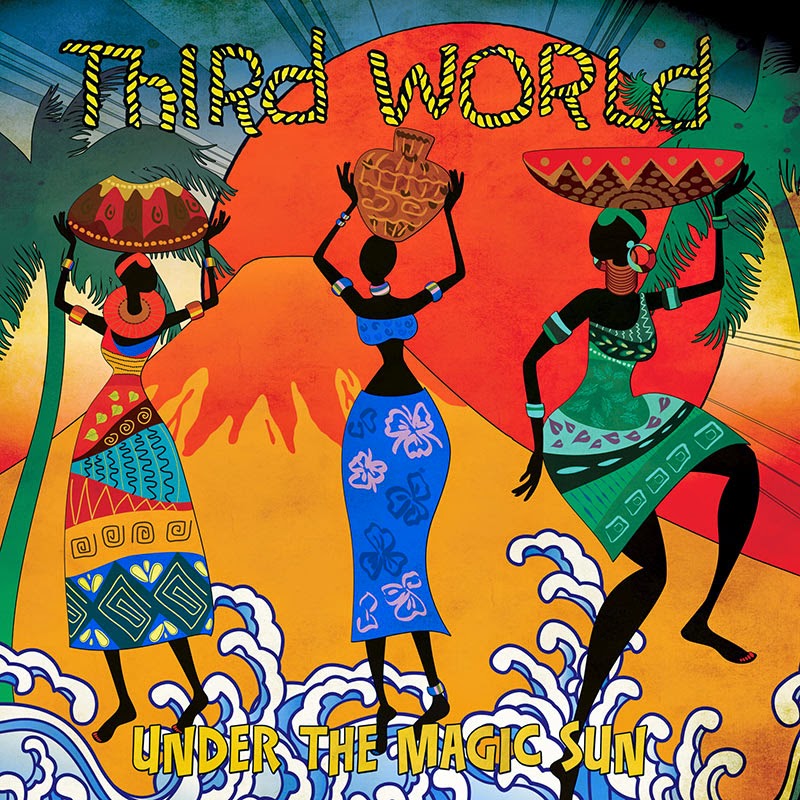 It's amazing to think that Jamaican reggae band Third World have been together over 40 years and June 10th, the band released their 21st album entitled "Under The Magic Sun." The album features the final studio recordings of lead singer Bunny Riggs, who passed away from cancer earlier this year. Beginning in 1973, the band tasted success with their third album "Journey To Addis," which spawned the hit single "Now That We Found Love." Third World had another hit record in 1982 with their Columbia Records release "You've Got The Power." Now, with their first release through Cleopatra Records, "Under The Magic Sky" is filled with cover songs and re-recordings of their highest charting singles.

The fourteen song release features covers of songs the you would have never guessed would sound good with a reggae-vibe behind it. REO Speedwagon's "I Can't Fight This Feeling" and The Eagles' "Best Of My Love" are injected with a rhythm that gives the songs a pulse that you can dance to. They do not stray too far from the original of Benny Mardones' "In The Night," but really get into performing Marvin Gaye's ghetto anthem "Inner City Blues." Their hit singles 'Try Jah Love" and "Now That We Found Love" get injected with new life and a new feel, but still keeps that timeless classic reggae/pop sound.

Third World are currently on a summer tour which runs until the end of August. For a complete list of dates and to find out more about the new album "Under The Magic Sun," please visit thridworldband.com.
Posted by JP's Music Blog