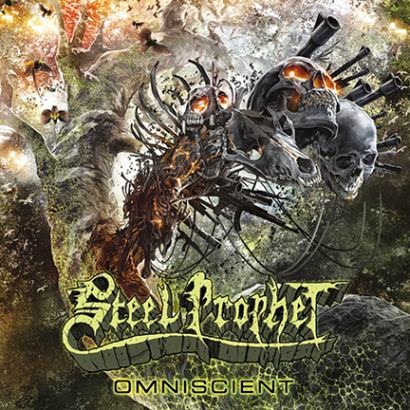 With summer finally heating up, so is the new release schedule for metal heads. Here is some new music hitting the sales bins this month from Terminal Death, Zone Zero and Steel Prophet. First from Steel Prophet is the band's first album of new material in over ten years. The new album is called "Omniscient" and was released on July 8th through Cruz del Sur Music. The fourteen song release tells an original story created by founding member, guitarist Steve Kachinsky Blakmoor, beginning with the power metal attack of "Chariots Of The Gods." They continue with the hard-hitting thrash metal of "When I Remake The World (A Key Flaw)," before heading into prog-metal territory with the six-minute steady rhythm of "911." The music begins to stretch out and explore new territories during the mainstream metal appeal of "Through Time And Space." Their sound on "666 Is Everywhere (The Heavy Metal Blues)" harks back to the days of the New Wave Of British Heavy Metal with this Iron Maiden sound alike. They stick with the British theme with their cover of Queen's "Bohemian Rhapsody" and tackle the difficult song with grace, doing the original song proud. The album closes with the quick, two-minute assault of "1984 (George Orwell Is Rolling In His Grave)" and their signature power metal sound of "Transformation Staircase." To find out more about Steel Prophet, please visit their Facebook page at facebook.com/SteelProphet. 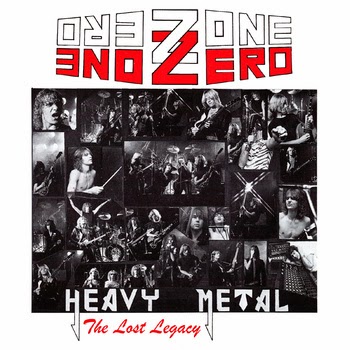 Next up, we get the career retrospective release from Zone Zero. This Swedish metal band only released one official single in the early eighties, but found a cult following with fans hearing their demo tapes. Their sound draws their influences from the likes of Judas Priest and Heavy Load as they have a very guitar heavy sound. The new release entitled "The Lost Legacy" was released on July 8th through Shadow Kingdom Records. It collects five live recordings from the band's 1981 show in Borlange, Sweden as well as a number of demos that were recorded for the band's debut album, which never came to be. This release also contains three brand-new songs from when the band reunited in 2008. The live songs in this collection show that metal energy that was pulsating through Europe in the eighties with the songs like "Judgement Day" and "Magic Woman." The 1982 single "Win or Die," instantly brings you back to a time when the heavy metal genre was just finding its way into the mainstream. Their sound did get heavier the following year as displayed in the 1983 song "Innocent." The three songs recorded during the band's 2008 studio sessions, has a fresh metal sound with touches of the classic eighties metal as showcased in "Chasing Victory" and "Twilight Of The Gods." To find out more about this new release from the band Zone Zero, please visit shadowkingdomrecords.bandcamp.com. 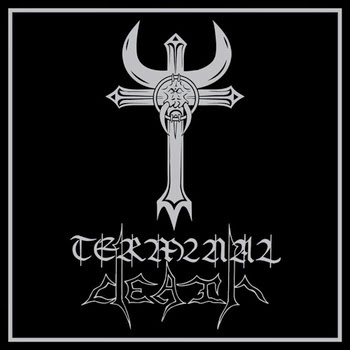 Finally we get to the new release from Terminal Death, a band that never received the recognition they deserved because of being in the wrong era for their brand of heavy metal music. This self-titled release from Shadow Kingdom Records brings together the band's 1985 demo and rehearsals to create a death metal album that would be welcomed in today's metal market. The heavy pounding of "Judge Death" and the neck-breaking speed of "Day After The End" easily could have laid the groundwork for today's death metal bands. The 1985/1986 rehearsal songs are made from a very raw recordings of the band preparing for live shows. The energy that they put in their songs like "Brain Tumor" and "The Day After The End" show a band, in their prime, looking for chance to give the metal world what is was waiting for. To find out more about this latest release from Terminal Death, please visit shadowkingdomrecords.bandcamp.com.
Posted by JP's Music Blog