CD Review: Indie-Artists The Safes And Buenos Diaz Rock Out With New Music 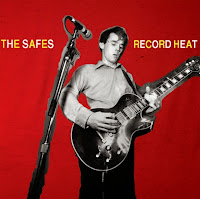 From Chicago comes the O'Malley brothers (Frankie, Patrick and Michael) better known for the past decade as The Safes. They return with a new album of polished, garage pop melodies that are sure to catch your ear. The new album by The Safes entitled "Record Heat," was released at the end of April through O'Brothers Records and pressed on vinyl through Wee Rock Records. The Safes have been touring the U.S. since 2003 and have been collecting a loyal fanbase, opening for the likes of Andrew Bird, The Smoking Popes, also members of the bands Wilco and The Raconteurs. Their new ten-song release clocks in at around 25 minutes, so each song is a short, quick two-minute burst of energy, beginning with the modern, post-punk appeal of "Hopes Up, Guard Down." These songs echo back to the time of the British Invasion, when the songs had a rough pop/rock appeal as noticed in "K.O." Their guitar sound gets roughed up with "Birthday Cake," which shows an edginess to their overall sound, while "Ace For A Face" is an underground modern rock hit just waiting to be uncovered.

The Safes recently wrapped up their spring tour, but look for the boys to be hitting the road again soon. To find out more about The Safes' new release "Record Heat," please visit thesafes.com. 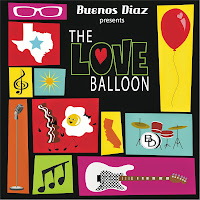 American singer/songwriter/guitarist Nick Diaz has traveled cross-country to find the right outfit to create his brand of music. Now located in Austin, TX, Diaz has brought together a group of musicians to release his new EP, "The Love Balloon." The new band is called Buenos Diaz and they bring together the feel of Texas blues with classic roots rock 'n' roll to create a jolt of exciting new music beginning with the guitar-driven energy of "Out Of My Arms." His sound really hits the heights with the wonderfully successful mixture of Tex-Mex balladry and fifties pop of "The Love Balloon" as Diaz' voice really soars. The one song recorded outside of Texas (recorded in Brooklyn, NY) has bigger band sound, but lacks the Jimmie Vaughn-like southern blues swagger of the album closer "Santa Cruz." To find out more about Buenos Diaz and their latest release "The Love Balloon," please visit buenosdiazmusic.com.
Posted by JP's Music Blog