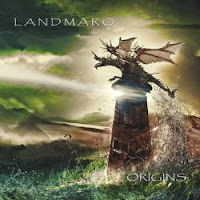 British Progressive-Rock legends Landmarq are celebrating their 25th anniversary with the release of their first ever anthology entitled "Origins: A Landmarg Anthology 1992-2014." The album is a two-disc set which features the work of both of band's award-winning vocalists, Tracy Hitchings and Damian Wilson. Disc one features a mix of studio and live recordings with current lead singer Tracy Hitchings. Epic songs like the eleven-minute "Lighthouse" and twelve-plus minute "Turbulence (Paradigm Shift)" show a band still at the top of their game, performing some of the best music of their career. The live version of "Tailspin (Let Go The Line)" shows the band's mainstream rock appeal as Tracy's vocals are front and center on the piano ballad "After I Died Somewhere." The disc also includes a brand-new song, "Origins" which supplies a heaviness to their prog-rock sound through this eleven-minute epic.

The second disc brings together some of the best songs from Landmarq's first three albums with singer Damian Wilson. It begins with the keyboard driven "Killing Fields" as their early days have them sounding like a heavier version of the band Styx. The acoustic-pop of "Borders" shows a different side to the band's normal experimental rock side which is showcased on the sixteen-minute journey of "Ta Jiang." Landmarq's hard rock sound shines from "Pinewood Avenue" as all their talents come together in unison for this breakthrough song. The disc closes with slow-build up of the masterpiece, "Bed Of Nails." To find out more about this latest release from Landmarq, please visit their Facebook page at facebook.com/landmarqtheband. 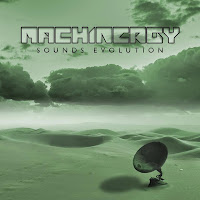 Next, from Portugal comes the latest release from heavy metal band Machinergy entitled "Sounds Evolution." The album was released in June through Metal Soldiers Records and this new batch of ten-songs shows the strength this trio of musicians display in their performances. The trash-like speed of their music and the growling vocals of the title track open the album with a blast of metal music energy. They look to overpower you with the neck-breaking speed of "Furia" and show glimpses of brilliance with the early Metallica-feel of "Antagonista." The album finishes with Machinergy bringing down the "Hammer," a quick, but powerful instrumental and the final heavy hitting blow of "Paraphernalia." To find out more about Machinergy and their new album "Sounds Evolution," please visit their Facebook page at facebook.com/machinergy. 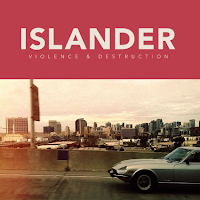 The newest addition to the Victory Records roster is the nu-metal band Islander with their latest release "Violence & Destruction." Hailing from South Carolina, Islander has found support from bands like Bad Brains and P.O.D. This summer, they are featured on the Rockstar Energy Drink Mayhem Festival and their brand new studio album was only released last week. Wasting no time, Islander jump right into the fire with the adrenaline pumping attack of "Counteract." At times, their music sounds like a modernized Rage Against The Machine, but with influences from Linkin Park and the Deftones thrown in. The song "Coconut Dracula" shows a maturity in the band's songwriting as they look to break-through on modern rock radio. Their music gets heavier again with screams of "Pain" and the "Side Effect Of Youth." Sunny Sandoval (P.O.D.) lends his vocals to the heavy-hitting, hip-hop metal of "Criminals," before the album closes with the quick-paced rhythm of "Violence And Destruction." Watch for Islander on this summer's Rockstar Energy Drink Mayhem Festival which will be hitting the Xfinity Theatre in Hartford, CT on July 27. For a complete list of shows and to find out more about their latest album "Violence & Destruction," please visit their Facebook page at facebook.com/weareislander. 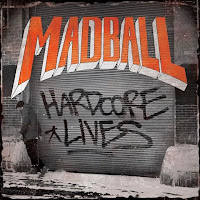 Finally, from NYC comes the latest release from underground hardcore metal legends Madball entitled "Hardcore Lives." The album features an all-star metal roster, including members of Wall Of Jericho, Terror, H20, Lamb Of God, Hatebreed and Unearth, who helped record, master and assemble this latest release. The album kicks off with the 70-second "Intro" that immediately gets taken over by the vocal attack of "Hardcore Lives." The quick-hitting, three minute songs are a burst of energy that gets the heart pumping, as with the "Doc Martin Stomp." The guitars come out blazing during "DNA," before Scott Vogel (Terror) steps in to lend a hand on vocals for machine-furry of "True School." The war cry of "Born Strong" features Candace Puopolo (Wall Of Jericho) on the album's adreneline-fueled lead single. The drumming on "Mi Palabra" and "NBNC" are guaranteed to rattle you brain as you get swept up by the shear force of the music. Madball are currently on tour in Europe, but will hitting the East Coast in August. To find out more about Madball and their latest release "Hardcore Lives, please visit their Facebook page at facebook.com/madballNYC.
Posted by JP's Music Blog