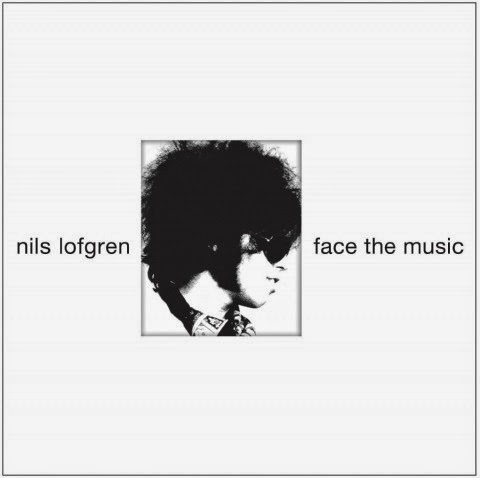 One of the unsung heroes of Bruce Springsteen's E Street Band is guitarist Nils Lofgren. He has been a part of that band for the last thirty years, but prior to that job, he was a founding member of the band Grin and had a successful solo career, which continues to this day. On August 5th, Fantasy Records along with the Concord Music Group will release a 10-disc (9CDs/1DVD) retrospective of the recent Rock N Roll Hall of Fame inductee Nils Lofgren. This box set contains 169 tracks, dating back to 1968 and 40 of those tracks have never been previously released. The set mainly focuses on Nils' solo releases, but does feature collaborations with Neil Young, Lou Reed, Del Shannon,Bruce Springsteen and many more.


The first disc covers the three years that Nils was a member of the band, Grin. The 21-songs featured on this disc were compiled from the band's four albums. Grin's seventies rock sound fits perfectly alongside the hits of The Eagles and Jackson Browne, with the highlights being "Everybody's Missin' The Sun," "If I Were A Song," "White Lies," "Hi, Hello Home" (featuring Graham Nash) and "Begger's Day (Eulogy To Danny Whitten)." Disc two's nineteen songs make up most of Nils' seventies solo output, extensively covering his two "top 40" albums "Cry Tough" and "I Came To Dance." This was the height of Nils Lofgren's popularity as a singer/songwriter/guitarist. The disc closes with three live songs from his 1977 double-album "Night After Night," which showcases how well of a performer Nils is on stage. Disc three continues his solo career, beginning with his 1979 collaborations with Dick Wagner, Lou Reed and Bob Ezrin on the album "Nils." His last album to crack the top 100 on the album chart, "Night Fades Away," features the popular Del Shannon cover "I Go To Pieces." This disc ends with the song "Everybody Wants," just prior to Nils joining the E Street Band and taking a two year break from his solo career.


Nils would return with a new album in 1985 ("Flip") which carried a different sound for Nils Lofgren, but fit in with the synthesizer-filled music of the mid-1980's. Disc four features songs like "Girl In Motion," "Valentine" and "Shot At You" showing a softer side to Nils' songwriting, while the bluesy feel of "Trouble's Back" and East Coast rock of "New Kind Of Freedom" displays some of the sound that rubbed off from working with Bruce Springsteen.  Disc Five contains the majority of Nils' recordings from the nineties self-released albums. His guitar playing and songwriting seems to get a little darker and bluesier during this period in his career, but it was a welcome change for his sound. He would also abandon the idea of a hit single with songs reaching the eight-minute mark ("Tender Love" and "Out Of The Grave") and containing a story that makes you pay attention to the lyrics as in "Life" and "Little On Up."

During the time period of 1996 to 2001, Nils Lofgren did not make a studio album, just one live album. Disc six covers this period of Nils experimenting with his sound and songwriting. He still has his knack for writing acoustic pop tunes with "Puttin' Out Fires" and "Love A Child" and also tries his hand at jazz with the piano ballad "Heaven's Answer To Blue." The acoustic folk style of "Open Road" and country strumming of "Tears On Ice" perfectly suites his latest songwriting style. Disc Seven, which is my personal favorite of the set, features his most recent solo original and cover songs, beginning with a live mellow versions of "Live Rain" and an acoustic, but powerful rendition of the "Star Spangled Banner." The disc also features three covers of the Neil Young classics "I Am A Child," "Mr. Soul" and "World On A String." The disc also features some of Nils most rocking songs in decades like "Old School" and "Ain't Too Many Of Us Left" and closes with his rendition of Bruce Springsteen's "Wreck On The Highway." Discs 8 & 9 of the set include 40 unreleased and rarity songs that are all compiled together in one place for fans to enjoy. It features the early Grin song "Keith Don't Go" with Neil Young on backing vocals and the honky-tonk feel of "Sweet Four Wings." The funkiness of "Stay Hungry" and the progressive rock of the eleven-minute "Message," shows the diversity in Nils' songwriting. He hits 80's rock gold with an alternate version of "Beauty And The Beast" and closes with his soft, emotional take of "O Holy Night."

This box set also contains a DVD featuring 20 video clips, a 136-page booklet with track-by-track commentary and personal reflections of touring with the likes of Bruce Springsteen, Neil Young and Ringo Starr. This massive undertaking has been delayed once to get thing perfect and will finally be released on August 5th. To find out more about this release, please visit nilslofgren.com.
Posted by JP's Music Blog

Nils has been in the E Street Band 30 years, not 40. So there's an error in your first paragraph. His early band was called Grin, not "The Grin". I stopped reading after that. A musical giant like Nils Lofgren at the very, very least deserves a fact check. Very poor on your part.

Thank you for your corrections. I try my best with my reviews to find out the correct information and once in a while my facts are incorrect. The nice thing about the internet is that I can correct the information for future readers. I'm sorry that you did not continue to read my review on account of this misinformation.

Promoting Nils Lofgren, regardless of any errors, is a favor to everyone, especially those unfamiliar with his remarkable career and talent. Keep on writing, and thanks.