CD Review: Queen Esther Visits "The Other Side," While Marcus Singletary Is Looking For "Some Lovin'" 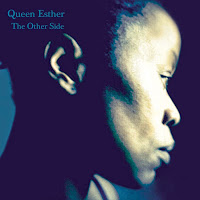 From New York comes the southern soul singer/songwriter Queen Esther with her latest release "The Other Side." The album was self-produced and was self-released back in May. Queen Esther taps into a new musical genre, "Black Americana" as she mixes together pieces of folk with country, blues, jazz and soul to create some wonderful new sounds. The new thirteen-song release begins with the southern rock groove of "Sunnyland," before heading out to the country for the acoustic strumming of "I've Come Undone Again." She turns Steve Miller Band's "Jet Airliner" into soul/blues rock as the guitars are dirty, while her voice is so clean and pure. Her sound on this album floats between the classic country twang of "Sadness Everlasting" and the soulful rock of "Somebody Else's Baby," before settling on the beautiful folk tale of "Love Is A Wrecking Ball" and the emotional piano ballad "I Feel Like Going Home."

Queen Esther will be touring throughout New York during the month of August. To find out more about this amazing underground artist, please visit queen-esther.com. 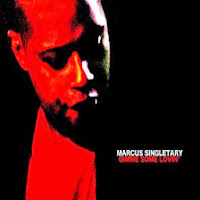 The latest release from singer/songwriter/guitarist Marcus Singletary is a collection of rarities entitled "Gimme Some Lovin'" that was released by Aviation Records on July 15th. The album brings together some of Singletary's songs that date back as far a 2002 with the laid back, "mosey-on" melody of "Old Time Feeling." The beginning of the compilation is a great one-two punch of the classic guitar riffs with the original "(You Bring Out The) Best In Me" and the cover of the Spencer Davis Group's "Gimme Some Lovin." He concentrates more on the lyrics of "Shame," while "Come On Over To My Side, Baby" is all about the guitar solo. The ten-song album finishes up with sexual tension of "Can't Ask For More" as Marcus finds the perfect groove for the song's theme.

To find out more about Marcus Singletary and his latest release "Gimme Some Lovin," please visit his Facebook page at facebook.com/MarcusSingletaryMusic.
Posted by JP's Music Blog