CD/Vinyl Review: Audio Fidelity Brings Together Some Of The Best Classic Rock And Makes Sade Even "Stronger"

For the first time in the short history of Audio Fidelity they have joined with Time Life to create two brand new compilation albums to be released on Hybrid SACD. One is titled "Crank It Up!" and it features 17 songs from the late-sixties and seventies that have helped define FM rock radio. The other compilation is "Get It On!" and it also features 17 songs, but these ones have a little more guitar and rhythm that rocks a bit harder. Both albums have been remastered for the first time by Steve Hoffman, specifically for Audio Fidelity. 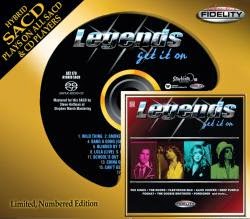 The "LEGENDS: Get It On!" compilation contains many of the "must have" classic rock guitar driven hits like Deep Purple's  "Smoke On The Water" and Foghat's "Slow Ride." Many of these hit songs have never been released in this high of quality. You can almost feel the grungy guitar intro to The Troggs' "Wild Thing" rattle your bones and to hear The Doors' Ray Manzarek pressing down on the keys for "Light My Fire." While you may have heard these songs a thousand times before, now you finally listen for the little things that were otherwise insignificant on prior releases. 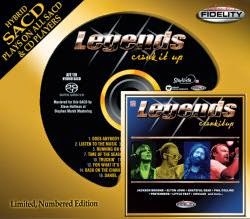 The other compilation "LEGENDS: Crank It Up!" contains some of the more gentle, laid-back classic songs that the "Baby Boomer" generation has grown up with. The acoustic strumming of the Grateful Dead's "Truckin'" and Elton John's "Daniel" are warm and inviting to just relax and let the music ease your mind. As with Chicago's "Does Anybody Really Know" and Little Feat's "Dixie Chicken," the remastering allows each instrument to breathe in its own space, without overcrowding the sound. Even the album closer, "Nights In White Satin" has never sounded so full and alive as the music jumps from your speakers. Both compilations were released on July 1st and are currently available to order through audiofidelity.net. 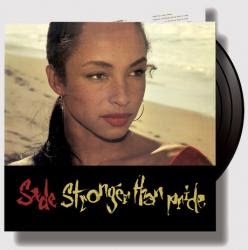 Also new from Audio Fidelity is the newly remastered vinyl version of Sade's "Stronger Than Pride." It was the band's third album and was originally released in 1988 and hit #3 on the U.K. album chart and #7 on U.S. album chart. Sade made their presence known in the early 80's with hit singles "Smooth Operator" and "The Sweetest Taboo," but created their most complete work of art with "Stronger Than Pride." The mostly acoustic based music on this album really benefits from the time and effort put into to mastering the music to the highest possible quality and then releasing it on 180 gram virgin vinyl. The rhythm of "Nothing Can Come Between Us" and "Turn My Back On You" could be felt as they give your speakers a workout, while the smooth vocals of Sade Adu sound as if you're in the recording studio with her. The wonderful acoustics of "Haunt Me" and the Brazilian mambo of "Give It Up" are two perfect examples of the reasoning behind choosing this album to be released in this format with this precisely executed sound. The pop/jazz feel the music could be played at any time to put you in a nice, relaxed mood. To find out more about this latest vinyl release from Audio Fidelity, please visit audiofidelity.net/content/sade-sronger-pride.
Posted by JP's Music Blog