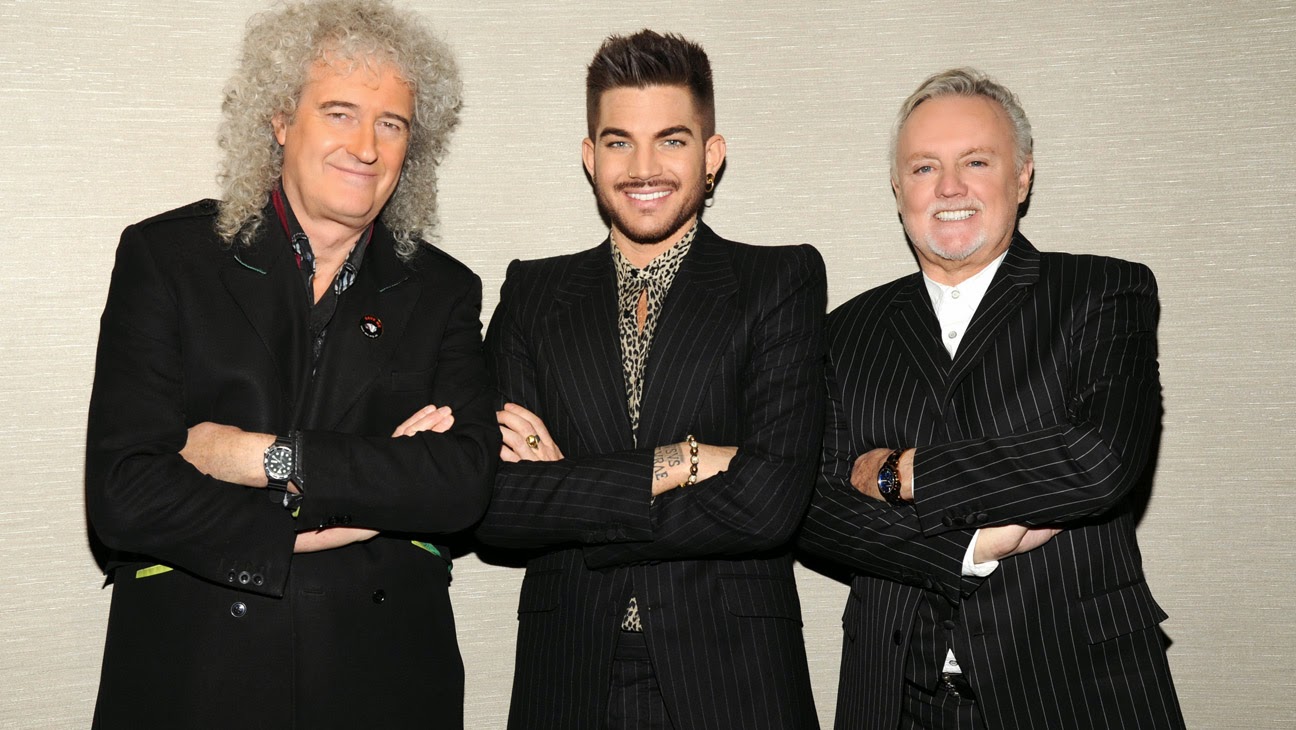 Since the 1991 death of Queen front-man Freddie Mercury,  and the retirement of bassist John Deacon, the remaining members (Brian May and Roger Taylor) of Queen have always pondered at the thought of whether or not to continue as a band. In 2005, they first attempted to create something new and magical with the music of Queen with Paul Rodgers (Free, Bad Company) filling in the lead vocalist roll. After a tour and an album, the band parted ways with Rodgers in 2009. Still on the search, Brian May and Roger Taylor may have found the right fit for the band with former American Idol contestant Adam Lambert as the two joined forces Saturday night at the Mohegan Sun arena.

With an entire catalogue of Queen music at their disposal, the set list was geared perfectly for the casual fan as they put together twenty-one of Queen's most well-known classics. The night began with Brian May's signature guitar intro to "Now I'm Here" as Adam Lambert appeared at the top tier of the stage dressed from head to toe in leather. While his vocal range may not have matched that of the late Freddie Mercury, Lambert certainly made up for it with hand and body gestures during "Another One Bites The Dust" and "Fat Bottom Girls." A lavish couch was placed on a small round stage located at the end of the catwalk for Lambert to "stretch-out along" during his performance of "Killer Queen," the band was all business during a rocking version of "I Want It All."

Since Queen guitarist Brian May was celebrating a birthday, Lambert enticed the audience to sing "Happy Birthday," just prior to May's solo acoustic sing-along "Love Of My Life." A three-piece band assembled behind May for the folk-rock feel of the 1975 classic "'39," before drummer Roger Taylor took the lead vocals for "These Are The Days Of Our Lives," as old videos of the band played on the giant back screen. Lambert received a huge applause when he returned to the stage for a duet with Taylor during "Under Pressure" and the newly reworked Freddie Mercury solo "Love Kills." His voice finally soared during the performance of "Who Wants To Live Forever" and he conducted the audience during an improvisational sing-along before everyone came together to perform in unison for "Radio Ga Ga." An extended rockabilly version of "Crazy Little Thing Called Love" and the fan-favorite "Bohemian Rhapsody" closed out the main set.

The encore began with Roger Taylor sitting at his drum kit, pounding out the stomp-clamp rhythm of the arena anthem "We Will Rock You," quickly followed by the audience participation sing-along of "We Are The Champions." As the members of the band stood arm in arm and bowed to the standing applause, "God Save The Queen" rang from the speakers, signaling the end of another magical night from Queen.

Setlist: Now I'm Here, Stone Cold Crazy, Another One Bites The Dust, Fat Bottom Girls, In The Lap Of The Gods... Revisited, Seven Seas Of Rhye, Killer Queen, Somebody To Love, I Want It All, Love Of My Life, '39, These Are The Days Of Our Lives, Under Pressure, Love Kills, Who Wants To Live Forever, Last Horizon/Brighton Rock, Tie Your Mother Down, Radio Ga Ga, Crazy Little Thing Called Love, The Show Must Go On, Bohemian Rhapsody
Encore: We Will Rock You, We Are The Champions, God Save The Queen
Posted by JP's Music Blog

Actually, Adam Lambert has an equal, if not greater, vocal range than Freddie Mercury. Both great artists. Great concert! Best I've ever seen. Roger, Brian and Adam were phenomenal!

Nice review thanks. I saw two shows and I don't think I'll ever be the same. Adam's vocals are unparalled IMO. People think Freddie had a greater range....I didn't think so but Adam certainly has more depth to his voice and more polish. Not that it matters, Freddie was terrific. I think Freddie would be proud of this show. Adam is by far the best live performer I've witnessed.

Your article needs a correction. Queen was not "searching" for a lead singer when they found Adam. According to Brian, it happened "organically," meaning that it was a grass roots effort by many people who contacted Brian and Roger and told them that they should see Adam after he performed Bohemian Rhapsody on Idol. Then they were invited to sing at the Idol finale by the Idol producers. Slowly, after a few short appearances together, the demand was so great, they decided to tour. A lot of this information came to light after you article was written.