CD Review: Hidden Gems By Flock And Zephyr Get Praised With New Releases 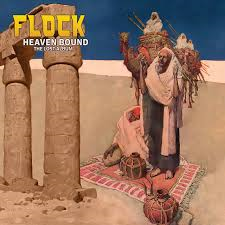 The Chicago-based, jazz-fusion rock band Flock had a bright future ahead of them back in 1969. Their first two albums with Columbia Records were not a huge commercial success, but the band's momentum was building, until its quick demise in 1976. A newly discovered set of the band's late 1970's recordings will finally see the light of day on the Purple Pyramid label as "Heaven Bound - The Lost Album." Cleopatra Records released the album on July 22 as original vocalist Fred Glickstein commented on "keeping the spirit of the Flock alive."

The new 15 song release was assembled as best as possible to recreate what could have been Flock's fourth full-length album, if a record contract was in place. The music on this new release gives off a more progressive-rock vibe, without the violin of Jerry Goodman who left the band in 1970 to join the Mahavishnu Orchestra. The title song instantly transports you back with its classic rock sound and its AM radio single hit potential. The band looks to compete with fellow windy city jazz/rock band Chicago with the pop/rock of "Don't You Know (Who I Am)." The Flock incorporated a harder edge to their sound with "Noise Boys," then do a complete 180 with the country twang of "Mama." Many of these newly discovered gems had the potential to become classic rock hits, especially the arena-type sing-along of "C'mon Let's Walk."

To find out more about this new release, please visit cleorecs.com. 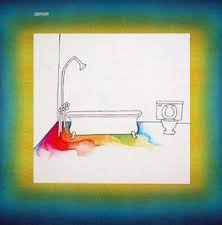 Next, American blues-rock band Zephyr released their self-titled debut album in 1969 and was to be crowned the second coming of Jefferson Airplane. Soon after the album's release, guitarist Tommy Bolin left the band to join The James Gang then later Deep Purple, until his death in 1976. Cleopatra Records reissued a limited edition 3CD deluxe box set of the first album along with live versions of the songs, but it sold out quickly. So, now on August 5th, a single disc release featuring the original album with some of the live material from the box set was released on Purple Pyramid Records.

While many have discovered Zephyr through the guitar work of Tommy Bolin, this reissue reminds us of how good this original five-piece band was. The boisterous vocals of Candy Givens rivals a young Janis Joplin, while the band chugs through these outstanding blues/rock originals, beginning with the seven-plus minute groove of "Sail On." Tommy's guitar takes over "Somebody Listen" as this eighteen-year-old plays well beyond his years. Their cover of "St. James Infirmary" burns with a passion lead by Givens' smoldering vocals, before closing with the nine-minute blast of "Hard Chargin' Woman." The four bonus tracks that are added to this release includes a ten-minute version of "Cross The River," preceded by Bolin's guitar solo and a rough recording of a funky version of "Uptown (To Harlem)" that pushes to the twelve-minute mark. Fans that missed out on the 3CD set will want to grab this single-disc version as a much needed reminder to how good this band was at the beginning of their short journey.

To find out more about this new release, please visit cleorecs.com.
Posted by JP's Music Blog