CD Review: Hop On This Psychedelic Trip With New Music From The Garden Music Project And Hedersleben 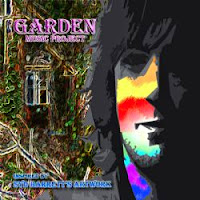 From Buenos Aires, Argentina comes the debut album from psychedelic rock band the Garden Music Project. The new release was inspired by the artistic being of former Pink Floyd frontman, Syd Barrett. At times, the music captures the true being of Barrett's frame of mind as with "Crime Scene" and "Bridge," while other songs show a band trying to make their mark in the music industry. The twelve songs that appear in this release have a mix of a sixties "summer of love" psychedelic pop vibe as in "Garden" and a raw, grunge-like feel as in "Isolation." The Garden Music Project really capture that Pink Floydian sound on the extended jams of "Transformation" and "Coliseum" as the band is able to expand on their musicianship. The album closer, "Self Portrait" is the closest we get into the mind of Barratt as the music teeters on the edge of insanity, while trying to keep the rhythm on track.

The new album was released on July 7th through Cherry Red Records. To find out more about the Garden Music Project's album "Inspired By Syd Barrett's Artwork," please visit gardenmusicproject.wix.com. 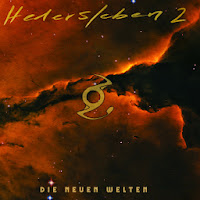 From Oakland, CA comes the second album from the psychedelic rock band Hedersleben entitled "Die Neuen Welton" which means "The New World". The album will be self-released on August 26th and features the spacey guitar work of UK Subs member Nicky Garratt. The subject of the new release is the discovery of Kepler (the space telescope), which confirmed nearly 1,000 extrasolar plants in 76 different star systems. The album features only five songs, beginning with the seventeen-and-a-half minute "Zu Den Neven Welten." The band brings you along on a journey through sound and space as they stretch out their sound, which makes Pink Floyd's "Meddle" sound like a pop song compared to this adventurous piece of music. The rest of the album has a more seventies mainstream rock appeal as displayed in the heavy rock of  "(On The Ground) Safe And Sound" and with the light progressive rock feel of "Tiny Flowers/Little Moon."

Hedersleben will be touring  as the opening band and the backing band to Nik Turner (Hawkwind) beginning on August 26. To find out more about the new album, please visit hedersleben.com.
Posted by JP's Music Blog