British musician, Joey Molland (Badfinger) has been quite happy with the success of his latest release "Return To Memphis," which was released late last year. He shows no signs of slowing down as he has a handful of shows scheduled along the eastern U.S., until the three-day Beatle Festival in Los Angeles in October. Now, through Gonzo Multimedia, Joey Molland will be releasing two of his hard to find solo albums, "This Way Up" and "Demos Old And New." 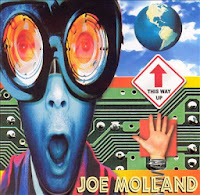 The album "This Way Up" was originally released in 2001 and was considered by many to be Molland's greatest success since being in Badfinger. The thirteen song release begins with the up-tempo retro sound of "Mirrors" as is looks to capture the later days of Badfinger. He almost sounds as if he is auditioning for the Traveling Wilburys with the classic Petty-esque rocker "Happy." His voice and the melody of "This Must Be Love" sounds timeless, while he stretches out his sound on the six-minute recollection "When I Was A Boy." Molland took some notes when he worked with John Lennon for the dream-like feel of "What Else (Nothing)," before the album closes with the modern flair of "Isn't That A Dream?" 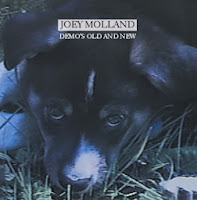 The second new release from Joey Molland is "Demos Old And New," which mixes many "work in-progress" songs from 1972 to 1995. This seventeen song release is a mixed bag as you get a feel of where Molland was with his thinking at that point of his career. Beginning with "I Said It's Alright" you get a feel for Molland trying out the grungy/punk appeal of the early nineties, while "Clouds Of Love" has that refreshing feel of early eighties rock and roll. The acoustic demo for the Badfinger song "Miss Misunderstood" and the early 1981 demo "Moonlight" shows what a great songwriter Molland is as the music is stripped down to its simplest form.

To find out more about these two new releases in the Joey Molland catalog, please visit gonzomultimedia.com. 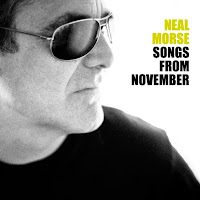 American singer/songwriter/multi-instrumentalist Neal Morse will be releasing his latest solo album "Songs From November" on August 19th through Radiant Records. Morse was the founding member of the prog-rock bands Spock's Beard and Transatlantic, while maintaining a solo career for the past fifteen years.

The new eleven song release begins with the uptempo, jazzy feel of "Whatever Days" and the mellow vibe of "Heaven Smiled." The songs on this latest album have a more pop rock appeal then his last output with Transatlantic earlier this year. He crafts these songs in a special heart healing way as with the feel good melody of "Love Shot An Arrow" and the light, airiness of "Song For The Free." His music softens for the heartfelt ballad "My Time Of Dying," before shifting gears for the praise of "Daddy's Daughter." The album closes with the straight-up rock of "The Way Of Love." It nice to see this side of Morse's songwriting, but a return to his prog-rock roots is now in order.

To find out more about the new album "Songs For November," please visit nealmorse.com.
Posted by JP's Music Blog