CD Review: New Music To Discover By Cooler By The Lake, Brandon Cunningham And Micah Olsan

There is plenty of new, independent music coming from the Windy City area over last month, but here a few you need to check out. 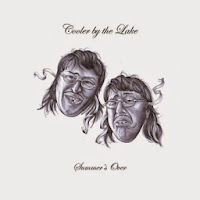 First up is the sophomre album from Cooler By The Lake entitled "Summer's Over." It was dedicated in memory of Cooler's bass play Conrad Shore. The band is led by Rory Lake, host of Chicago's Karaoke Dreams, and while the lyrics may seem satirical, the music has a very uptempo, pop rock feel that is sure to brighten your day. Cooler By The Lake's use of horns on "Kirby Come Back" gives the song a ska vibe that keep the energy high. They experimental with the instrumentation on "Lady Touche," mixing tempos, while "Fight Me With A Stick" has a harder edge to their delivery. The energy of the band is felt all the way throughout the entire album, only slowing down once for their passion for pants as heard in "Heroes In Jeans." To find out more about Cooler By The Lake, please visit rorylakepresents.com. 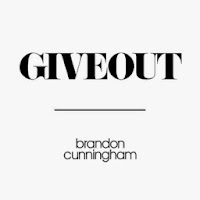 Also released back in August was the new four-song EP from singer/songwriter Brandon Cunningham entitled "Give Out." He begins with the slow moving "Baby" as he tries to ease you into his sound. The tempo picks up for alternative mainstream appeal of "Bush Wives," while his voice tries to stay calm before the chaotic finish. The slow gallop of "Doubt" is where you see Brandon's songwriting shine as you follow him word for word. To find out more about Brandon Cunningham, please visit facebook.com/brandoncunninghammusic. 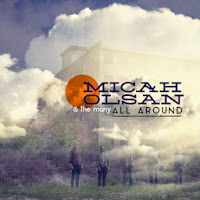 Lastly we get the new album from the Wisconsin band Micah Olsan & The Many entitled "All Around." It was released at the end of August and starts off with R&B flavor of "Trouble." The five song EP contains four original songs and a cover of Van Morrison's "The Way Young Lovers Do." Micah's vocals are a perfect match to give this song a new pulse as he pours his all into the performance. They showcase a classic southern swagger on "Because It's There," before finishing with smooth melody of "On A String" as Micah Olsen calms your troubles with his voice. To find out more about Micah Olsan & The Many, please visit micaholsan.com.
Posted by JP's Music Blog