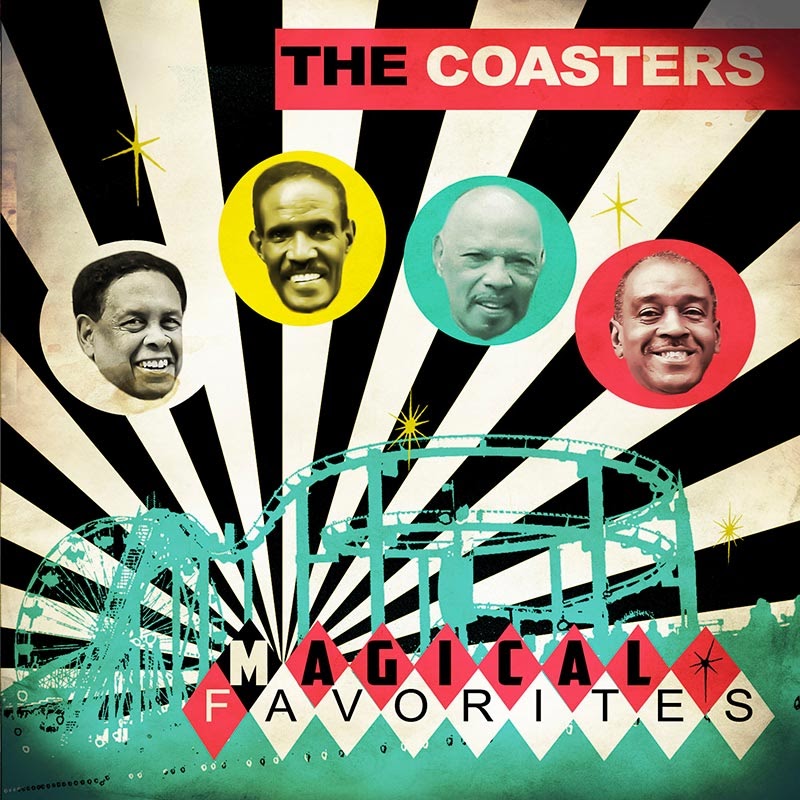 Not many bands can boast about celebrating 60 years together, but the legendary vocal group The Coasters are doing in style with their first new album in 35 years. The current line-up of Joe Lance Williams, Primo Candelara, Dennis Anderson and Eddie Whitfield have been performing together for the last five years with Williams holding the most tenure in the band (15 years). The original Coasters were inducted into the Rock and Roll Hall of Fame in 1987, being the first group inducted in.

Now The Coasters are celebrating their anniversary with an album of covers entitled "Magical Favorites." The fourteen songs that make up this release range from everything like rock ballads such as The Eagles' "Lyin' Eyes" to folk staples like "If I Had A Hammer." The best of this release is when The Coasters take on the classic R&B songs like "Cool Jerk" and "(Sittin' On) The Dock Of The Bay." Their voices mesh perfectly on the identical cover of The Temptations' "Just My Imagination (Running Away With Me)" and uplifting swing of Sam Cooke's "You Send Me." They still know how to have fun with "Twistin' The Night Away," before finishing the album with the Roy Orbison classic "Dream Baby (How Long Must I Dream)" as The Coasters due justice to this and all the songs on this new release.

The Coasters' "Magical Favorites" will be released on March 31 through Stardust Records in association with Cleopatra Records. To find out more about this release, please visit cleorecs.com.
Posted by JP's Music Blog