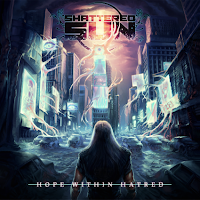 New from Victory Records are a pair of releases that you will need to get a hold of. First up is the Texas six-piece band Shattered Sun with their debut release "Hope Within Hatred." The band revolves around the double-guitar attack of Daniel Trejo and Jessie Santos as the new eleven-song release begins with the hardcore metal screams of "The Ultimatum" and "Victory Or Death." They keep the energy flowing on a constant high with "Hope With Hatred" and have a guaranteed hard rock radio hit with "Burning Regrets." Even when the band slows things down as in "281," the passion in their music is hear through the vocals of lead singer Marcos Leal, but things quickly pick-up again to close the album with the machine gun blast of "Awaken" and the dark, atmospheric "Return To Serenity." Shattered Sun are currently on the road, opening for the Exodus and Testament, but will be partaking in the Rockstar Energy Drink Mayhem Festival this summer. To find out more about Shattered Sun and their latest release "Hope Within Hatred," please visit their Facebook page at facebook.com/ShatteredSunBand. 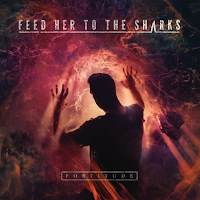 Also new from Victory Records is one of the label's latest signings, Feed Her To The Sharks with their new Victory Records' debut album "Fortitude." The eleven-song release is maximum energy right from the start with "The World Is Yours." Their sound has a nu-metal feel to it as the groove pulsates through "Chasing Glory" and rips the hardcore metal genre wide open with "Burn The Traitor." They continue the onslaught with "Walking On Glass" and "Fear Of Failure," before finishing with the punk-like energy of "Let Go," that shows little more depth to the band's songwriting. To find out more about Feed Her To The Sharks and their latest release "Fortitude," please visit their Facebook page at facebook.com/feedhertothesharks.

Both band will be appearing at this year's Rockstar Energy Drink Mayhem Festival at the Victory Records stage. The traveling festival begins in San Diego on June 26th and makes its way east, hitting Hartford, CT on July 19th. Metal bands Slayer and King Diamond will headline the main stage, while Whitechapel will headline the Victory Records stage. For more information about the Rockstar Energy Drink Mayhem Festival, please visit rockstarmayhemfest.com.
Posted by JP's Music Blog