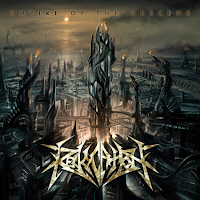 Boston thrash metal band Revocation is looking to build upon the success of their 2014 album "Deathless" with the long awaited re-release of the band's debut album "Empire Of The Obscene," which was originally released in 2008. The band handed over the task of remixing and remastering the album to Pete Rutcho and they have also added three bonues tracks from their 2006 demo. The album is a blast of energy right from the opening screams of "Unattained" and guitar shredding of "Tail From The Crypt." They bring their best work to the classic metal appeal of "Fields Of Predation," then mix in their aggressive side with the creative side on the tempo changes of "Suffer These Words." They touch upon the acoustics of "Stilness," before finishing the album with the neck-breaking speed of "Empire Of The Obscene." The three demo tracks ("Summon The Spawn," "Unattained" and "Suffer These Wounds") sound very close to the originals and are a great added bonus to this new re-release. To find out more about Revocation, please visit their Facebook page at facebook.com/Revocation. 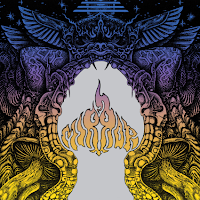 Next we have the self-titled debut album from Mirror. This five-piece band bring back the mystical imagery of heavy metal, naming bands like Rainbow and Angel Witch as their influence for this album. The new nine-song release begins with the title-song as the musicianship is outstanding, led by the high vocals of Jimmy Mavromatis. The slow metal grind of "Year Of The Red Moon" and the Deep Purple-like feel of "Heavy King" shows Mirror firing on all cylinders as they will definitely grab your attention. Mirror brings together a New Wave Of British Heavy Metal sound on "Cloak Of A Thousand Secrets," before closing with the seven-minute dark, adventurous tale of "Elysian." To find out more about Mirror and their debut album, please visit their Facebook page at facebook.com/mirrorheavymetal. 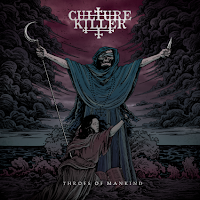 Finally we get to the full-length Metal Blade Records debut album from hardcore death metal band Culture Killer. Their new album "Throes Of Mankind" are ten hard-hitting tracks with a "take no prisoners" delivery. Beginning with the aggressive attack of "Blindfolded Death," Culture Killer are ready to become the kings of the underground international death metal scene. The guitars comes blazing through the two-minute instrumental "Throes," which leads into the bashing growl of "Justice Through Retaliation." The album finishes with the energetic blast of "Flesh Empire" and thumping rhythm of the nearly seven-minute "Inhuman Nature." To find out more about Culture Killer and their new album "Throes Of Mankind," please visit their Facebook page at facebook.com/culturekiller.
Posted by JP's Music Blog