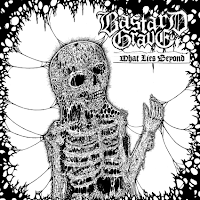 If you are looking for some new hardcore death metal, then you've come to the right place. First up we have the debut album from the Swedish band Bastard Grave titled "What Lies Beyond." Their music has been compared to fellow Swedes, Entombed, as you are in for a hellacious ride. The new ten-song album begins with the six-minute blast of "From The Depths" as you are blown away by the sheer force of the band's delivery. Pounding drums and screaming vocals surround you in "Doomed To Stay" as the band continues their assault on your ears. Guitars come out blazing as Bastard Grave quicken the pace as they rip a "Path To Extinction." They finish the new album with the slower, heavier rhythmic metal of "River Of Death," the thrash metal speed of "Misery" and the outstanding musicianship of "Profana Vesperam." To find out more about Bastard Grave and their new album "What Lies Beyond," please visit their Facebook page at facebook.com/BastardGrave. 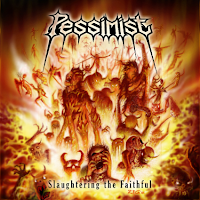 Continuing with more hardcore death metal, we get a new re-released from Pessimist. Their 2000 album "Slaughtering The Faithful" was a break-through for the band, so to celebrate its 15th anniversary, Pessimist have re-released the original nine-song album with seven bonus tracks, including a live show from WNYU. Their music hits you like a ton of bricks as you instantly are blown back by sheer force of the band's delivery of "Slaughtering The Faithful" and "Resurrected Torment." The engine runs on overdrive as they continue to bash away at lighting speed for "Baptized In Blasphemy" and "Stripped Of Immortality." The bonus tracks include a demo version of "Summoned To Suffer," which may be faster and more destructive that the original. Then we get to the best part of the this new re-release, the live tracks as you listen in amazement at how they continue to bring on the same power and energy as the studio tracks. To find out more about Pessimist and the new re-release of "Slaughtering The Faithful," please visit their Facebook page at facebook.com/pessimist.metal. 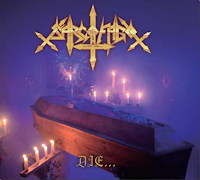 If you're looking for something just as fast and powerful, with a little less aggression, then you need to check out the new release from the Brazilian extreme metal band Sarcofago. On December 11th, Greyhaze Records with release "Die...Hard" which collects 20 of the band's demos from all of their albums, including their original demo that go them signed to a record deal. The album begins with the quick, hard-hitting raw delivery of "Satanas" and the seven-minute prog-metal "Nightmare." They dig deep into the classic thrash metal groove of the rough sounding "Secrets Of A Window" and the album closer "Satanic Lust." To find out more about Sarcofago and their latest release "Die...Hard," please visit greyhazerecords.com/artists/sarcofago. 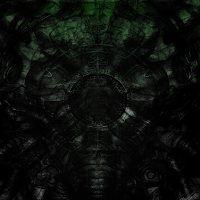 Last, but not least, we arrive at the latest release from the extreme metal band Otargos titled "Xeno Kaos." Their new eight-song album begins with the head-banging rhythm and tortured screaming vocals of "Dominatrix" and "The Ruinous Powers" as the sophisticated musicianship makes their music stand out. The progressive nature of "Dark Mechanicus" and the machine-gun speed of "Phase Shifters" showcases why this band is one of the top underground extreme death metal bands in France. To find out more about Otargos and their latest release "Xeno Kaos," please visit their Facebook page at facebook.com/OTARGOSband.
Posted by JP's Music Blog