A trio of new releases from Metal Blade Records have made their way to your headphones over the last couple weeks. New music from Redemption and Gehannah are looking to bring them back to the forefront of the underground metal scene, while AntropomorphiA revisits a classic with their latest release. 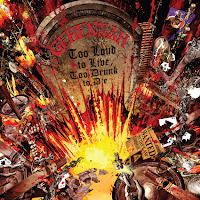 For five years, Gehennah seemed like the #1 choice to carry the torch of the classic heavy metal sound projected by bands like Motorhead and Venom. Since 1997, Gehannah have released a new 7" singles sporadically, but the have finally returned after almost 20 years with their first full-length album on Metal Blade Records titled "Too Loud To Live! Too Drunk To Die!" The new album features that classic double-bass drum kicking metal sound as the opener "Still The Elite" that looks to continue where Motorhead left off. The band's raw energy is displayed in "Scumbag" and "Let's Fall Off The Wagon" as the songs stick to that hard hitting formula. The new thirteen-song release finishes with the growling vocals of "We Stole Your Song" and the high-powered album closer "All Of The Decadence, None Of The Success." To find out more about Gehennah and their latest release "Too Loud To Live! Too Drunk To Die!," please visit their Facebook page at facebook.com/gehennah. 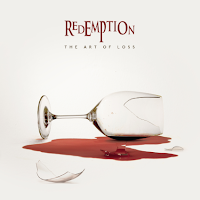 Progressive heavy metal band Redemption are releasing the new album "The Art Of Loss" on February 26th. It follows the band's breakthrough release "This Mortal Coil" as they look to expand their progressive metal side with more intricate playing, while still keeping the hooks and riffs that make their music stand out above the rest. The new nine-song release begins with the quick-paced, heavy bashing of the titled-song "The Art Of Loss" as Ray Alder's vocals takes control of the song. Nick Van Dyk's guitar playing on "Slouching Towards Bethlehem" showcases why he has returned a stronger, smarter performer. The band is just exciting to listen to as they electrify with the ten-plus minute "Hope Dies Last" and they give The Who's "Lover Reign O'er Me" a clean, powerful shot of heavy metal. The album closes with the epic 23-minute musical adventure "At Day's End." To find out more about Redemption and their latest release "The Art Of Loss," please visit their Facebook page at facebook.com/RedemptionBand. 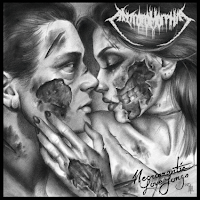 Metal Blade Records recently released the cult classic debut release from European hardcore metal band AntropomorphiA titled "Necromantic Love Songs." It combines the band's first EP with their demo to complete a new 11-song release that reminds fans from where they came from and how they've grown over the course of 23 years. The growling vocals of the opener "Crack The Casket" are helped by the intense delivery of drums and guitar, while "Birth Through Dead" speeds things up with with its hardcore metal groove. The four song demo has a raw, heavy metal appeal that gives the music a more spontaneous feel as with the the tempo changes of "Bowel Mutilation" and the eight-minute doom metal of "Splattered Remains." To find out more about AntropomorphiA, please visit their Facebook page at facebook.com/AntropomorphiA.
Posted by JP's Music Blog