CD Review: Soul Asylum Have A "Change Of Fortune" And Cilver Debuts To "The World" 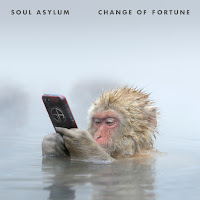 Minnesota alternative rock band Soul Asylum began their career almost 35 years ago, releasing five studio albums before hitting it big in 1992 with their triple-platinum album "Grave Dancers Union." It featured the hit singles "Runaway Train" and "Black Gold," and solidified the band's mark on the new wave of alternative music that overtook the country in the early nineties. After being dropped from Columbia Records following the unsuccessful 1998 album "Candy From A Stranger," Soul Asylum has been working hard to recapture that magic, without straying from their genre of music.
Now the band are ready to release their 11th studio album titled "Change Of Fortune" on March 18th through eOne Music. The new twelve-song release begins with the up-tempo rocker "Supersonic" as lead singer, Dave Pirner's vocals are strong as you instantly flashback to their heyday. The band's music gets a little harder edge with the Zeppelin-like riffs of "Can't Help It," before returning to their brand of sing-along songwriting style as displayed in the up-lifting feel of "Ladies Man." Soul Asylum have expanded their sound to add the post-punk feel of "Moonshine" and the hard-rocker "Make It Real," before closing with the acoustic folk/rock of "Don't Bother Me" and the modern pop flair of "Cool." To find out more about Soul Asylum and their latest release "Change Of Fortune," please visit soulasylum.com. 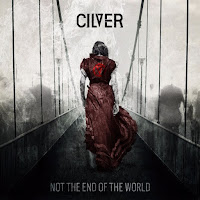 Also on March 18th, we get the debut album titled "Not The End Of The World" from New York's hard rock band Cilver. After building momentum over the last couple years, with the release of their 4-song EP and a spot on the inaugural Motorhead Motorboart Cruise, it was the perfect time for the band to release their goods to the fans. The new eleven-song release begins with up-tempo blast of "Break Free" as lead singer Uliana Preotu becomes the star of the song. Cilver lock into the hard rock groove of "I'm America," then add some punk rock attitude with "Razorblade." Preotu is allowed to let her vocals soar during the hard rock build up "Frozen" and the intense mainstream metal appeal of "It's My Life." The album finishes with the band finding their edge with the dark tones of "Behind These Eyes" and rising up for the battle cry of "Not Afraid." To find out more about Cilver and their latest release "Not The End Of The World," please visit cilverband.com.
Posted by JP's Music Blog